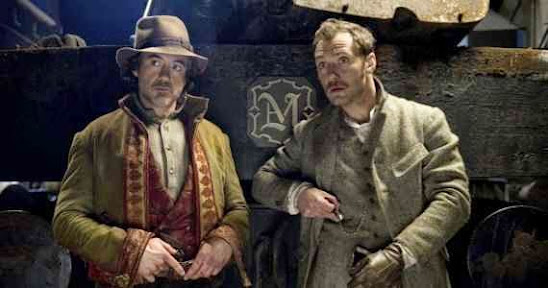 As the world of comic book movie lore painfully awaits the verdict on whether or not it will see fourth Iron Man movie, leading Marvel man Robert Downey Jr. is still an actor with other projects in store aside from wearing his famed red-and-gold superhero armor. The actor took to a Reddit AMA session on Tuesday this week to answer questions from fans on a number of subjects (including the obvious). On that note, if cerebral, comedic wit with a touch of psychological thrills, chills, a splash of hard-hitting action with slick, stylish editing are more your speed, then you are in luck.
While it is not known yet about whether or not director Guy Ritchie will return to direct the long-awaited third installment of the Sherlock Holmes franchise, but Downey Jr. did manage to finally reveal that the film is in development. “Yes, we have a Sherlock 3 in development.”, he said. “We want it to be the best of the series, so that’s a pretty tall order,”. He also added, “Similarly to what we did with the first 2 Sherlocks, mining the original material for things that are ‘new.'”.
Based on the eponymous book series by nineteenth century author Sir Arthur Conan Doyle, both films were commercial successes with the 2011 sequel Sherlock Holmes: A Game Of Shadows fairing slightly better than its 2009 predecessor. Since then, talk of the threequel has been left brewing while both Downey Jr. and co-lead, Jude Law have been in and out, working out their schedules and getting their timing right.
With Downey Jr.‘s confirmation now public, hopefully the production will move forward with more announcements soon enough. In the meantime, Ritchie, who directed both films for Warner Bros., is currently working on the first installation of a brand new six-film King Arthur franchise, with actor Charlie Hunnam tentatively attached to star for a July 22, 2016 release.
Downey Jr. is currently on tour to promote his new drama, The Judge, which begins its opening statement to audiences in theaters this Friday. Law‘s new deep sea thriller, Black Sea, arrives on January 23, 2015.
Stay tuned for more info!
H/T: E! Online, Business Insider

Go Behind The Scenes In Another New KUNG FU JUNGLE Featurette! Live-Action Manga Adapatation, BLACK BUTLER Gets A UK Release!