ROCKY HANDSOME Is The Man From Nowhere In The First Teaser 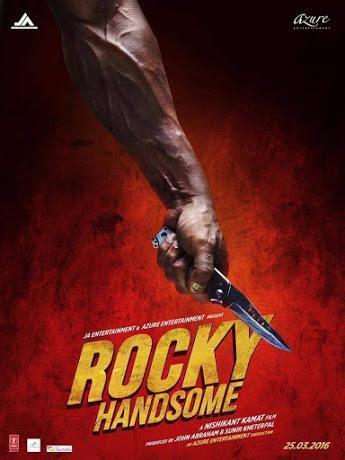 Hey guess what? Remember Lee Jeong-Beom’s 2010 South Korean revenge noir, The Man From Nowhere? Well, surprised or not, this one just got a Hindi remake courtesy of Azure Entertainment with actor and producer John Abraham starring titled Rocky Handsome, and it’s hitting screens on March 25.
Abraham leads along with young actress Diya Chalwad in their respective roles based on Commando (2013) and D-Day (2014) writer Ritesh Shah’s script, and make no mistake: Lee’s iteration carries its own tone with actor Won Bin and actress Kim Sae-Ron taking you on an emotional rollercoaster centered on one-man’s surge into the criminal underworld to rescue a young girl caught in a whirlwind drag of her mother’s lifestyle.
Fast forward six years later into today’s age of remakes and reboots, none of us should really be too shocked by this latest gig from director and co-star Nishikant Kamat. Alas, the latest teaser doesn’t show everything, aside from its slightly more shallow tone, but it does share a glimpse plenty you can expect in its attempt to impress.

In other words, expect tons of explosive action and spectacle, with fights that get plenty punchy, kicky, stabby, slammy, shooty and explody with Sunil Rodrigues and Kecha Kamphakdee amping up the brutality.

This could be fun.

The teaser was unveiled last week but you can check it out here below.