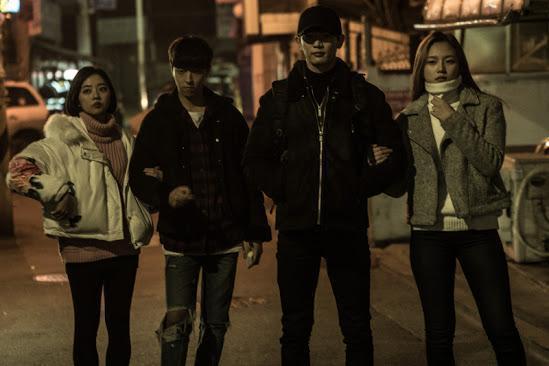 Marking the directorial feature debut of Lee Seong-Tae, an international trailer is currently running for the new coming-of-age action noir, Derailed which premiered in earlier October at Busan. The film follows Lee’s own string of shortfilm successes dating back to 2001 with Black Crow and Rough Words For Kind Words, as well as his multi-selected festival favorite The Ten-Minute Break in 2007.
The largely young cast is ripe with mostly debut lead roles; K-Pop idols, actor Min Ho of SHINee and actress Da-Eun of 2EYES star from Lee’s script which sees the tale of a family-like group of young teenage runaways who find themselves way in over their heads when a desperate money making scheme pits them against an evil Karaoke bar owner with much more lacivious intentions. Also starring are Train To Busan co-star Don Lee along with actor Lee You-Jin and actress Baek Soo-Min for the film’s pending February release.
Take a look at the international trailer below and stick around for more updates.

NERD DOWN PART I: The Dark Ages ESCAPE PLAN 2 Is A Go; Stallone, Producers Returning