Sahamongkol Wants To Block FURIOUS 7 In Thailand. Here Is Why They Might Lose.

Sahamongkol Wants To Block FURIOUS 7 In Thailand. Here Is Why They Might Lose.

At the rate things were, it seemed that cinemas in Thailand were on course for the impending release of director James Wan’s Furious 7, the franchise that has garnered its fair share of love and support from fans worldwide. As it stands though, at least one person saw fit to dampen the fanfare, specifically speaking Sahamongkol’s own founder and chief executive Somsak Techaratanaprasert who reportedly filed an injunction against the release of the film following a longstanding contract dispute with actor and martial arts superstar, Tony Jaa.

It was back in 2013 as news broke that Jaa would star in the film when Techarantanaprasert went into contention over what was stated as a breach of a recently-signed ten-year contract with the company, going public via press conference with filmmaker Prachya Pinkaew and action director Panna Rittikrai at the time. Jaa’s manager, Mike Selby, responded to the media, in kind, regarding said press conference, stating there was no contract in place and that the matter was looked over carefully and concluded his statement by adding that “…Thailand abolished slavery many years ago, and Thai courts consider provable damages in labor contract disputes, and nothing more than that…”. 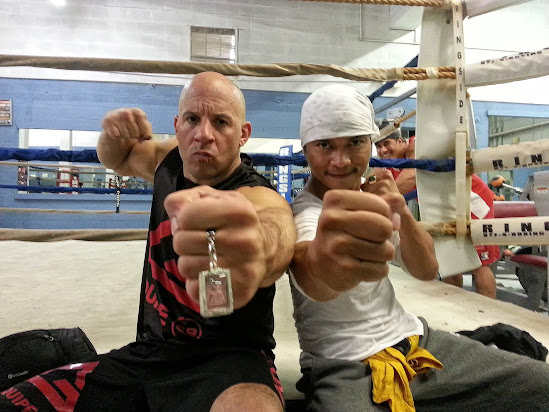 Thai law stipulates that no one can be forced to work against their will, and in this case, Sahamongkol would have to prove damages as a result of a broken contract (upon which such a contract can not be reinstated or continued) – a contract which Jaa has consistently disputed in its alleged existence and has always denied signing. Nonetheless, the hype this week appears to stem from Techarantanaprasert’s filing of an injunction against the release of the film in Thailand in a new district court seperate from the one in which the original dispute was being heard, on top of seeking compensation to the tune of almost $50 million (1.6 billion baht), which is odd considering the original claim in 2013 was much closer to $5 million (or 162.5 million baht) for supposedly making Jaa famous.

I spoke to an individual close to Jaa’s camp, and according to said person, aside from the fact that the contract case is still being disputed as of 2013, Techarantanaprasert’s injunction required that there be an emergency condition with unfixable damages should the film release. However, the fact that the studio executive knew about Furious 7 for two years and is now demanding monetary compensation shows that no emergency condition existed, thus undermining his case for an injunction.
So there you have it. The original 2013 case should officially get some movement this summer where the validity of the contract must be decided by the court before it can even consider provable damages in Sahamongkol’s favor, and from the looks of it with all things considered, Jaa and his team may be on the winning end of history anyway. As for the injunction, which appears to be nothing more than a shameless smearing act against a flourishing star by a disgruntled studio executive, the unknown road ahead for Furious 7 could very well lead to Thai cinemas on April 1, with further releases of Jaa’s next films, Skin Trade and S.P.L. 2: A Time For Consequences, unhindered by studio malfeasance.
Stay tuned for more information.