SAVAGE OFF SCREEN: A Word With Actress, Martial Artist And Author JuJu Chan

Actress JuJu Chan (Crouching Tiger, Hidden Dragon: Sword Of Destiny) has often been referred to as “the female Bruce Lee” and for good reason. Just like Lee, she is an actress, a martial artist and a published author. Sure, she may not have invented her own martial arts system, but then Bruce was never a singer/songwriter (that we know of) so we’ll call it a draw…for now.

Her latest movie, Savage Dog, sees her sharing the screen with Scott Adkins, Marko Zaror and Cung Le. She may not have gotten to do much in the way of kicking ass on camera, but that didn’t stop her from fulfilling most of our dream of training with, sparring with and just hanging out with this trio of badasses. 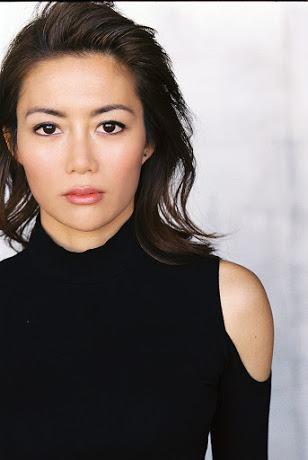 Film Combat Syndicate: What can you tell us about your character in Savage Dog?

JC: I’m playing Isabelle. She’s the emotional drive of the whole film. She’s very innocent but strong; believing that there’s always a good side to people. I’m really strong, I have a strong mind but not physically fighting. I don’t get to do any fighting in the film. I have a romantic relationship with Scott’s character. Because of me, he takes action and goes after the villains of the film. I got to play a very understated character in this film.

JC:  My martial arts background… I started training when I was ten. I started with Judo and then Chinese Kung Fu, Karate, Tae Kwon Do, Thai Boxing. I also learned nunchuks on my own. I represented Hong Kong in Tae Kwon Do for the World Championships in 2013. I also fought in Muay Thai in Hong Kong in 2014.

FCSyndicate: As far as pursuing action roles vs non-action roles, do you have a preference?

JC: For me, as an actor, you have to have acting ability. And then, on top of that, my martial arts training. I’m a trained actor and I’ve done a lot of acting training in Hong Kong and L.A.. I like to play a variety of roles and I don’t want to just be known as an action actor. You have to have acting ability on top of martial arts ability. I like action parts but I also want to show my acting ability. I’m very happy with the role I play in Savage Dog. I’m so happy that the characters I get to play are so diverse. 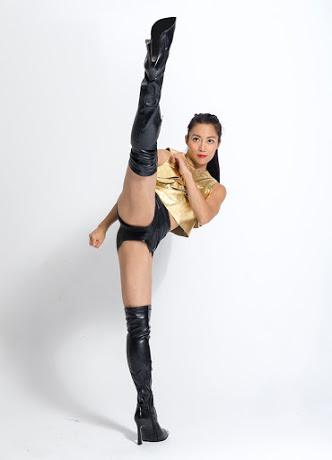 FCSyndicate: You’re an actress, a martial artist, and a singer/songwriter… How do you manage to balance all that?

JC: I guess I just love to do different things and learn different things. My parents put me through music class when I was a kid and I sang in a childrens choir as well as playing piano. I love creating my own stuff: screenplays, music, or writing a book. I have two books published in Hong Kong. So when I have time, I like to sit by the pool and write. It’s a very good way to relieve stress.

After college, when I moved back to Hong Kong, my manager at the time worked with a music label and he loved my work. That’s how I got my career started in Hong Kong.

JC: I think that, if you have an idea in mind that no one has done before or something you’re really passionate about then just do it. Don’t think too much, just try it and get it out there. Especially now, with Youtube and social media and all these channels to reach people. If you have a cool idea, you should develop it. Don’t let it sit. Get some people together and find a way to get it out.

Never stop fighting for what you want, and don’t put a time limit on it. You never know when an opportunity will arise. 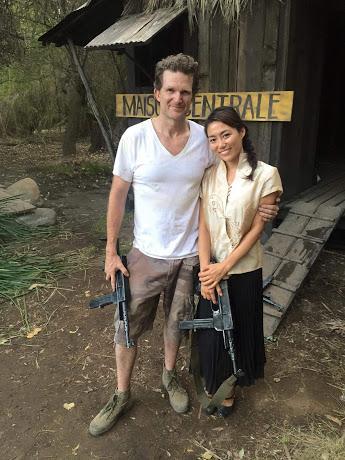 FCSyndicate: The director, Jesse V Johnson, in a lot of ways came out of nowhere and made a lot of noise in the action world. What was it like working with him?

JC: He’s a very hands on director; from script, to designing action, to locations, to teaching actors how to use a gun. It’s great. Everything is so cohesive. Sometimes, when a production is too spread out, there are a lot of different directions and the project doesn’t move in unison. He’s really good at communicating what he wants and the vision he has for the film. He’s not just good at action, he’s also good at plot and characters. That’s really important because it’s not just about showcasing kicks and punches. It’s a film, you want people to get into the characters and get into the story as it develops. I think he did really well and told a great story while having amazing fight scenes. Especially with the amount of budget that we got.

FCSyndicate: What was it like working with Scott Adkins and Marko Zaror?

JC: It was really fun working with them. I actually just had lunch with Marko earlier today. I didn’t know Marko or Scott before we worked on the film.

For my role in the film, I didn’t get to throw a single punch and it was so frustrating. Sometimes, I’d stand off camera and throw kicks when they were filming fight scenes. Then they would come over and we’d all throw kicks and punches together. It was a lot of fun. Next time, I really hope I can have a fight scene with them, and Cung Le who’s also in the movie. We actually all went to go see UFC 200 together on our day off. We would also train together in the gym, hit the bag, do some sparring. We were always sharing tips about our training routines and diets. 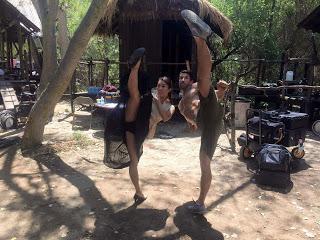 FCSyndicate:  What kind of roles would you like to see in the future?

JC: Just, films with more strong female characters. 90% of the time, it’s guys kicking ass and maybe one or two girls. An army of female action stars would be pretty cool. For myself, I love superhero films and I’d love to play one and kick ass. It’d be really cool to be the first Chinese female superhero.

Before The Movie Can Be Made, THE MAN FROM DEATH Needs Your Help To Stage A Script Reading Event! JUSTICE LEAGUE Poster And Teases Announce Official Trailer Launching Saturday!