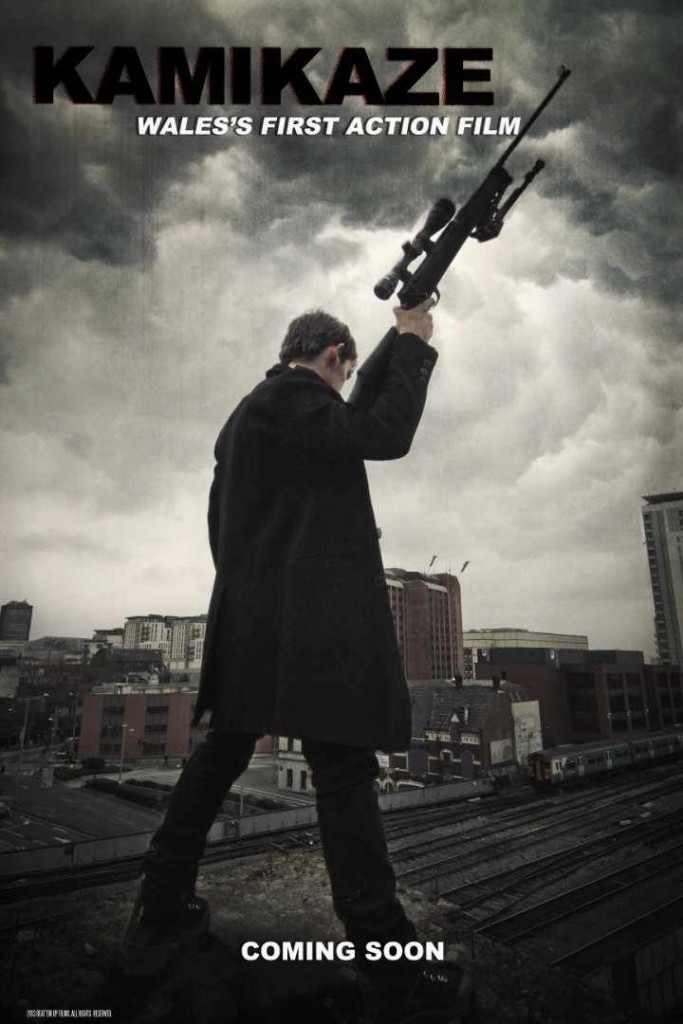 Evan Reed (Marcus Shakesheff – Batman Arkham Asylum, Sherlock Holmes: a Game of Shadows) is a former MI6 agent, now a mercenary for hire to the highest bidder hired by cabinet minister David Markham to retrieve documents linking him with illegal weapons contracts. But Markham loses his nerve and takes drastic measures to ensure his hands are kept clean. With Markham’s top assassin (David Newton – The Dark Knight Rises, Captain America) hot on his trail, Reed is forced to pitch battle against a small but deadly army to rescue the woman he loves…

REVIEW:
Independently-produced action movies have always lended their fair share of noteworthy surprises. While some are larger than others, it’s no mistake to suggest that this particular subgenre really is, in a general sense, one to truly pay attention to, because you never know what you may be missing out on.

Hollywood stuntman Marcus Shakesheff, best known for his role as the bearded agile assassin in Guy Ritchie’s Sherlock Holmes 2: A Game Of Shadows, headlines Wales’s first-ever independent action adventure film in his own directorial debut, Kamikaze. The film starts with Shakesheff in the role of former MI-6 agent-turned-mercenary, Evan Reed on a mission to steal computerized documents for Cabinet Prime Minister David Markham (Lawrence Patrick). The mission nearly falls apart as Reed barely gets away with the documents before heading home to stitch his wounds, all while struggling to maintain his secret double life from his pregnant girlfriend, Jess (Clare Carreno).
Soon enough, Reed arrives to a predestined drop-off location with the package, only to get caught in a hail of gun fire when Markham chooses to take control of the mission from Reed’s employer, Griff (Jeff Harry), ordering Jess’s kidnapping and Reed’s fatal capture with the documents in hand while framing him for murder. Now, with Jess’s life and that of their unborn child on the line as well as his own, Reed’s only chance of success are his closest allies, Joshua (Lewis Cook) and Info (Lee Bane), helping him from a distance, but time is running out and Reed has no choice but to engage Markham’s facility and rescue his girlfriend once and for all.
When the initial trailer for Kamikaze went online last summer, opinions were mixed and of course, there are always a handful of jerks that can never be pleased. Such is the beauty of the internet, right? Nonetheless, it’s a lovely thing to understand the nature of film and the talent involved. Wales, for one, is just getting its foot in the door with this new effort from Shakesheff and the folks over at Beatem Up Films, L.L.C., and it deserves its share of praise along with some useful criticisms. That said, flaws are inevitable with virtually any independent action film, and in the case of Kamikaze, we get some pretty gamey CGI, just a wee bit of over acting and lack of subtlety where it’s needed from time to time.
Shakesheff himself exhibits some good on-screen chemistry with much of the cast in his own performability as an actor with co-stars Bane and Cook, as well as actress Carreno who does a terrific job as Reed’s girlfriend, in conjunction with the film’s underlying themes surrounding Reed’s double-life and the choices that affect his loved ones. Actor Patrick gets the job done here as the villainous Markham, although in accomplishing this, his evil demeanor is really the only dimension of Patrick’s acting we get to see, which leaves a lot to be desired, even as the bad guy.
Actor and stuntman David Newton who also produces, gets double billing as Markham’s henchmen, cousins Gabe and Bruce, who only share one scene in the film together. Newton‘s dual performance gets more prominence as the action picks up, while he incidentally gets to showcase his acting, and he does a nice job with it while eventually adhering to his much stronger-suits in the film’s key action sequences, particularly involving Shakesheff, and actors Simon Pengelly, and YouTube personality, martial arts expert and online tutor, Aaron “Ginger Ninja” Gassor.
Aside from many of the cringeworthy CGI muzzle flashes and other minor graphics that occur, much of the film’s fights and spectacular action sequences were great to watch. Shakesheff lends clear nods to a career that has benefited him, particularly to Ritchie in the style and delivery of how his character sizes up the bad guys. He immerses himself with intense screenfighting and stunt caliber that measures equally to the likes of Jackie Chan, Tony Jaa and Mathis Landwehr, with big stunts to further illustrate the film’s ambitious vision. There’s real peril and danger in those scenes with no use of a stunt double or wires for that matter, and so like the names of those mentioned above, Shakesheff is the real deal, and it really shows.
I suppose a few of the acting flaws can be partially attributed to the script as well, and that’s really all I have to highlight here out in terms of the low points. Beyond that, with Kamikaze, you really do get what you ask for in a film of this nature – a good story with adequate pacing, watchable acting, and great fight sequences and stunts to boot, done by professionals who clearly love what they do and are ready to not just take their game to the next level, but do so in a way that will hopefully open doors for a part of the world that longs to share a greater voice in the genre. And if Shakesheff is the man to spearhead those efforts, then I welcome him by all means, and anyone willing to join him.
Kamikaze is one of those films you can appreciate, especially if you’ve longed for a return to the kind of filmmaking that didn’t require some form of over-bloated superheroics. It’s to great to see Shakesheff in his element as he clearly has the hops and chops to be a potentially strong lead actor in movies, and I certainly hope that Welsh action cinema continues to bloom with his efforts both at home and abroad.