Shaliene Woodley Faces Her Fears In The New Trailer For DIVERGENT 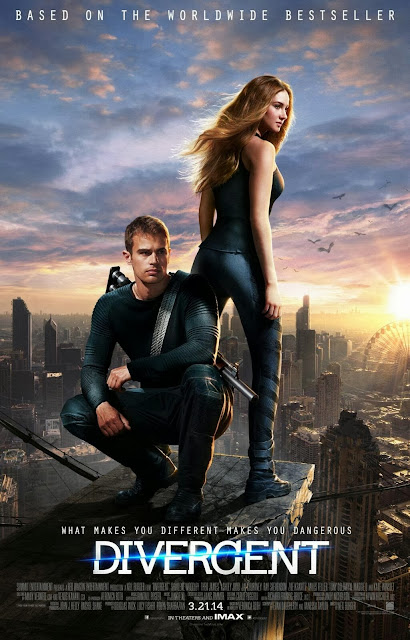 After a rigorous contest among several titles for this year’s MTV Movie Brawl, the push continues for the upcoming release of director Neil Burger‘s new sci-fi action thriller, Divergent. Starring Shailene Woodley and Theo James, the new is expected to help kick off a new trilogy for Summit Entertainment as reports have confirmed a search for a new director to head filiming this May on the second installation, Insurgent, from a script by Brian Duffield and Oscar-winning screenwriter Akiva Goldsman.

Divergent also stars Ashley Judd, Jai Cortney, Ray Stevenson, Zoё Kravitz, Miles Teller, Tony Goldwyn, Ansel Elgort, Maggie Q, Mekhi Phifer, and Kate Winslet and is set to release in 2D and IMAX on March 21, 2014, with Woodley and James expected to return in Insurgent and Allegiant for theatrical release March 20, 2015 and March 18, 2016, respectively. Watch the new trailer below and be sure to purchase your copy of the film’s official soundtrack which is now available for pre-order exclusively at DivergentSountrack.com.
Stay tuned for more information.
SYNOPSIS:

Virtue Clashes In A Hail Of Ballistic Kung Fu In The New Shortfilm, THE RIVAL REUNION Check Out Several New Stills From The Upcoming Series, ZERO: BLACK BLOOD