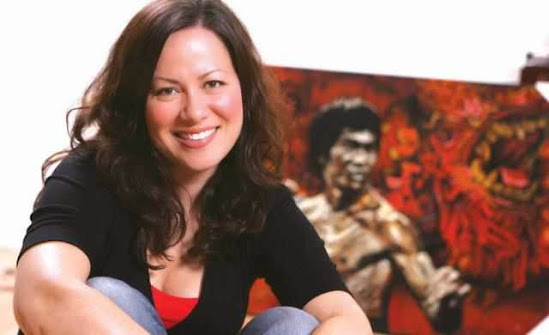 It will be forty three years this July since the untimely death of martial arts legend and superstar Bruce Lee, the man whose short-lived career in film and television spawned a legacy that cultivated generations of martial arts sports and entertainment fans alike. Lee’s life and legacy has always been an intriguing subject embraced through television and film via documentaries and fictional action packed dramas, and all these are subject to debate regarding whether or not how we all should feel about them.

That said, several more films have been in development for some time now, including actor and Hong Kong action star Donnie Yen’s upcoming return to the fray as Lee’s Wing Chun Grandmaster in Ip Man 3D, and in a new movie titled Birth Of The Dragon with George Nolfi tapped to direct. Updates on either of these projects are still pending so its best not to hold out too long as these things always take time. As such, we can now add at least one more biopic to that list courtesy from the late legend’s daughter herself, Shannon Lee.
Deadline reports the new film from Lee’s own Bruce Lee Entertainment which launched in 2014, will joined by Grey Matter Productions’s own Lawrence Grey and Ben Everard, and veteran producer Janet Yang to produce and self-finance the film in an effort to construct the definitive biographical film about Lee’s late father. The film will aim its focus on many of the uncovered areas of her father’s life that Lee feels has yet to be observed in order to obtain a complete understanding of Lee’s philosophies and artistry.
The film is just one of several in-house projects that have been underway at BLE for sometime now, including a TV show based on Bruce Lee’s original ideas with Fast & Furious 6 helmer Justin Lin, a reality show to be produced by Keanu Reeves and Stephen Hamel, and a slate of novels, comic books and a mobile game. There’s no word yet on who will direct the new film although the production is seeking a world-class filmmaker to take the lead and spearhead this ambitious production to its full realization.
Not that there’s anything wrong with one more Bruce Lee-releated movie in the works – the man principally catapulted the martial arts action genre into the phenomenon it has since been. So, it’ll be refreshing to see what Lee’s own daughter and her team does with this immersive new venture.
Stay frosty.