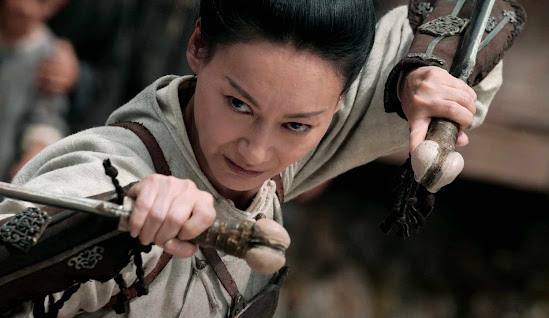 Hong Kong action star, Guangdong-born actress Kara Hui has long been a favorite among many within the niche with such titles as Mad Monkey Kung Fu and Return To The 36th Chamber, her role opposite Donnie Yen in the 2011 flick, Wu Xia (a.k.a. Dragon), and her award-winning role in the 1981 movie, My Young Auntie. Her illustrious career in film and television dating back to her heyday as a performer on the Shaw Brothers studio lot in 1977 have surely earned her an honorable and highly respected place in action movie history, and now it looks as if she’s ready to bring it all to a close.
The actress took to talk show “A Date with Luyu”, last month to reveal plans to star in what will be her final bow in the action genre by 2017 for director Giddeons Ko‘s upcoming film which details are currently under wraps. Hui has, in fact, mulled over retirement in recent year in between interviews, so it may not come as a surprise to many regarding her statement. “In fact, a few years ago, I have planned to retire in 2017 and learn ink wash painting. Hopefully I will be able to hold an exhibition of my art in the future,”.
An art exhibition doesn’t sound bad, and I’m particularly thrilled Hui is chasing art as a means of passion. As for her final action film, Hui reportedly begins shooting this October and I’m sure fans will be packing the lines to catch her one last time in a few years as there’s plenty of love and appreciation for the genre from fans, and the legends both living and departed now passing the torch for millenials.
Stay tuned for more info and details on just what this mystery project is!
H/T: Yahoo! Singapore via City On Fire