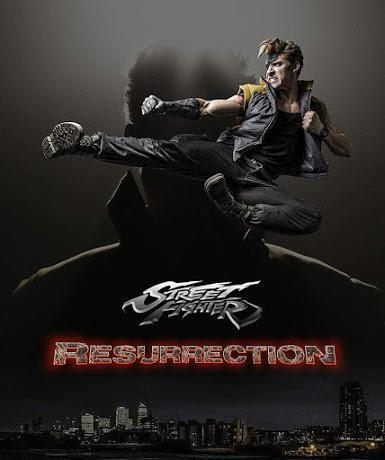 As of late, only in the mind of director Joey Ansah’s cinematic world could a fighting game property like Street Fighter become a live-action reality. In the past five years, he and co-creator, actor and action director Christian Howard succeeded this in concept with Street Fighter: Legacy, and in the ensuing webseries epic, Street Fighter: Assassin’s Fist.
As of this year and in the course of drawing closer to the currently-developing Street Fighter: World Warrior, Ansah, Howard and co-lead Mike Moh are doing it again with Street Fighter: Resurrection, tying into the latest game release of Street Fighter V. Actor and stuntman Alain Moussi (Kickboxer: Vengance, Kickboxer: Redemption) enters the arena along with performances by our returning cast from Assassin’s Fist along with actress and martial artist Natascha Hopkins making her own debut as character Laura Matsuda, along with a few more suprises heading our way.

Set a decade after the events of its prequel Street Fighter: Assassin’s Fist, the legendary heroes Ken and Ryu are once again reunited to face their most lethal threat yet. The presumed dead Charlie Nash is back, and is targeting other Street Fighter champions for reasons that are unknown. Now it’s up to Ken and Ryu to uncover his deadly plan and discover if he is ally or enemy.

The new miniseries begins its five-part premiere exclusively on Machinima via go90. Watch the brand new trailer below and listen very carefully through to the end for a character long in the making for his return to the screen!