SONIC THE HEDGEHOG: Go Fast With The Official Trailer!

It only took 15 years for Jeff Fowler to finally get a leg up for his feature debut after directing 2004 short, Gopher Broke, but we now have our first official trailer for Sega game adaptation, Sonic The Hedgehog, ahead of its theatrical release on November 8 from Paramount Pictures. We also get a look at two very distinct visages of Jim Carrey’s Dr. Robotnik, including one that looks just a little more faithful enough for folks not to get to distraught over.

SONIC THE HEDGEHOG is a live-action adventure comedy based on the global blockbuster videogame franchise from Sega that centers on the infamously brash bright blue hedgehog. The film follows the (mis)adventures of Sonic as he navigates the complexities of life on Earth with his newfound – human – best friend Tom Wachowski (James Marsden). Sonic and Tom join forces to try and stop the villainous Dr. Robotnik (Jim Carrey) from capturing Sonic and using his immense powers for world domination. The film also stars Tika Sumpter and Ben Schwartz as the voice of Sonic.

Paramount also unveiled the first official poster after teasing last year with some artwork quietly shocking the frothing, angry netizens with the notion that hedgehogs have fur… 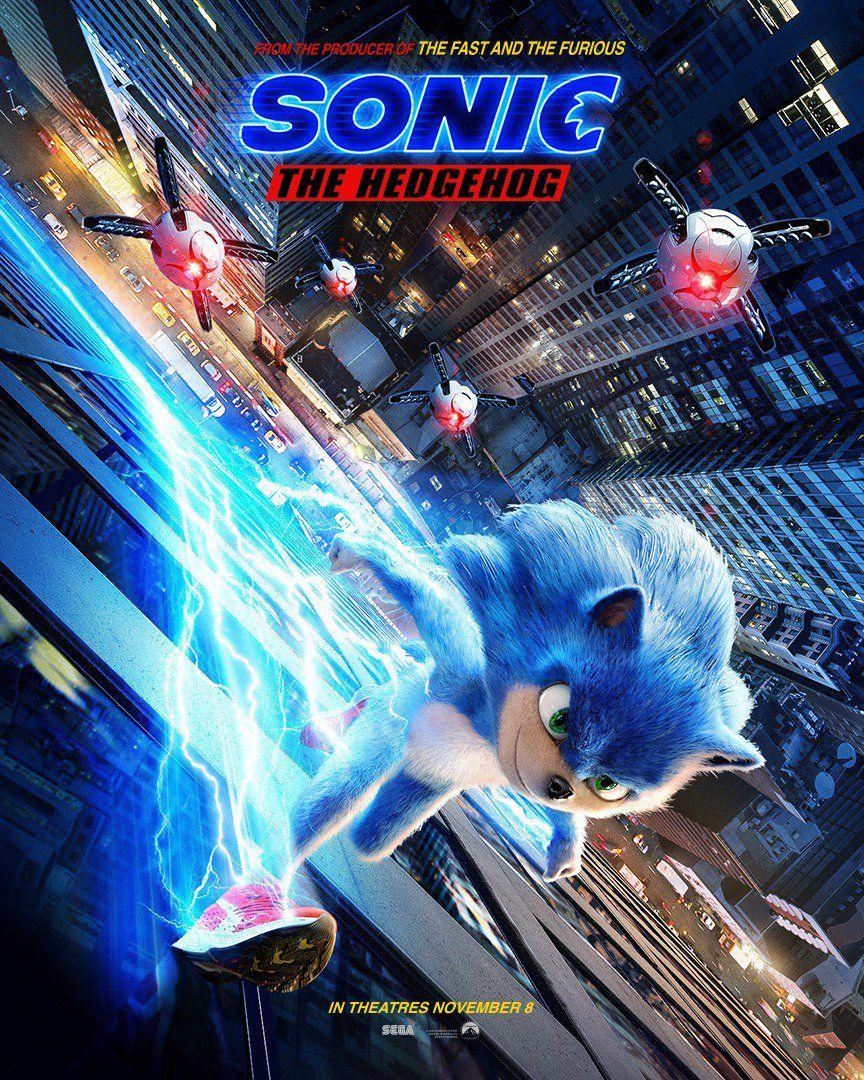