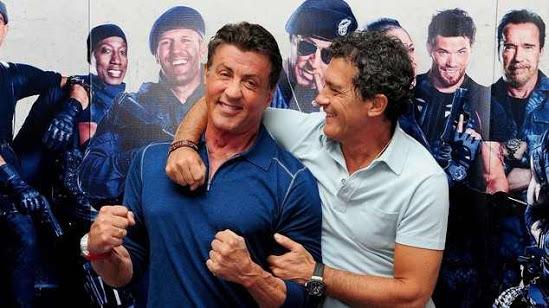 Producer Steven Paul made a significant showing this year while on hand at Cannes with deals pertaining to forthcoming China co-productions, High Speed and an upcoming Tekken remake to name a few. This week he’s back in the headlines with word on two new titles now well on the way from Nu Image/Millenium.

Variety reports that director Alain Desrochers’s $15 million dollar action thriller, Security, and the currently-developing fourth installment of The Expendables have equity backing as China co-productions following deals made on behalf by Paul’s SP International Pictures made on behalf of SSXH Beijing and Max Screen Film Distribution. Security has reportedly begun principal photography in Bulgaria with Antonio Banderas and Ben Kingsley starring, though plot, date and other cast info details currently remain unknown. Meanwhile, cast and crew info remain pending for The Expendables 4, following a five-year franchise that took off in 2010 with its third banking significantly larger in China, but will begin shooting next year for a 2017 release with a reported budget of up to $100 million dollars.
Shanghai Kuailu Investment Group’s Dr. Shi Jianxiang who owns SSXH and Max Screen will executive produce with Paul while both films are expected to film, in part, China.
Stay tuned for more info.