If it feels like Jo Sung-hee’s latest sci-fi thriller, Space Sweepers, already came out, then you’re not alone.

The crank-up began last Spring with promo images and teaser footage releasing back then, and sadly remained delayed like most films due to the pandemic. Netflix has since announced its acquisition as of November and thus, will head up an exclusive release on February 5.

Check out the brand new teaser trailer above, as well as key art and language below! 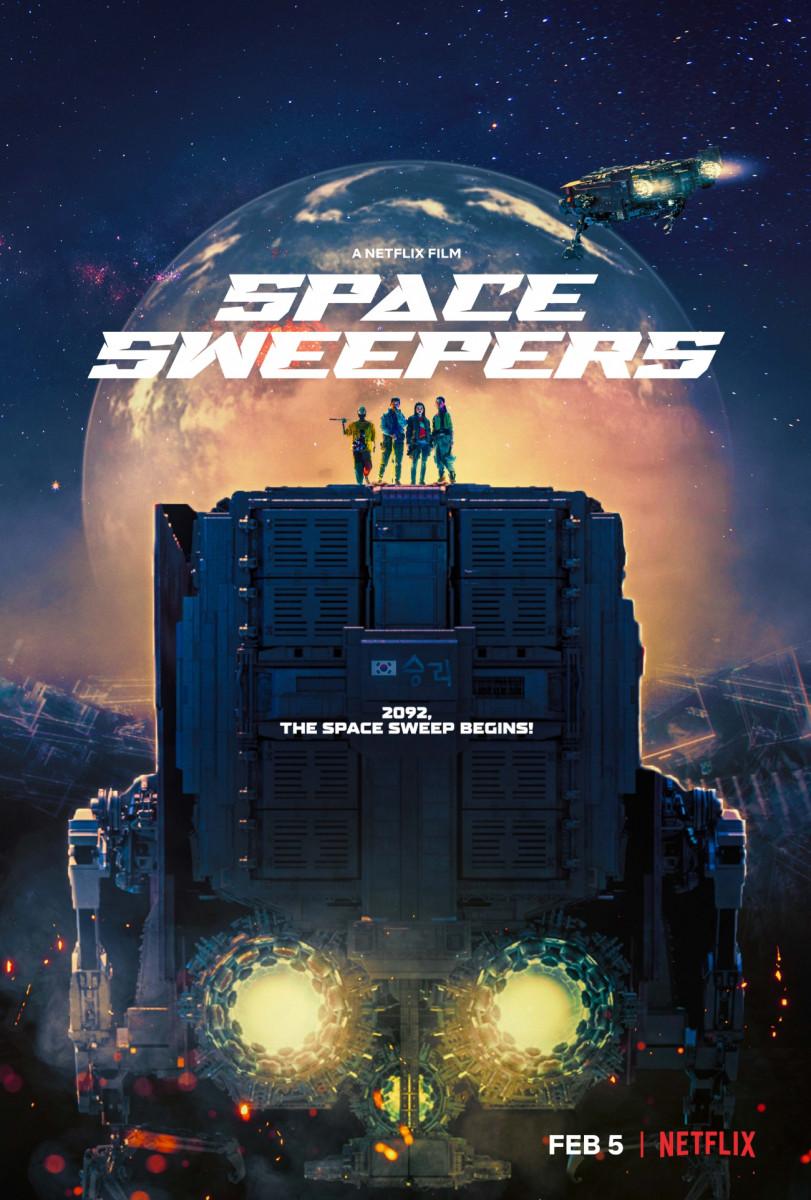 The first teaser of Space Sweepers have also been revealed. Set in 2092, spaceship Victory is one of the many that live off salvaging space debris.

They realize that she’s the humanlike robot wanted by UTS Space Guards, and decide to demand ransom in exchange.The teaser trailer reveals a glimpse of the spaceship crew’s characters and their plans for exchanging a humanlike robot found from piles of space debris.

With its stunning space action and thrills, Space Sweepers also show comical tension between these four extraordinary spaceship crews who do not harmonize with each other.

SPACE SWEEPERS, the excitement-packed outer space sci-fi blockbuster directed by Jo Sung-hee of A Werewolf Boy and Phantom Detective, will be available February 5th only on Netflix.