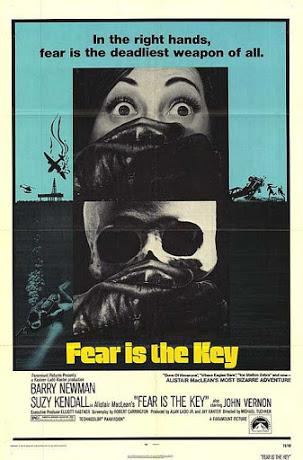 With StudioCanal on hand at Cannes this past week, Deadline reports on one of their latest prospects – a revenge thriller that incidentally comes with a bit of a legacy attached.
Enter producer Cassian Elwes whose stepfather served as executive producer of Michael Tuchner’s 1972 film, Fear Is The Key. More of a hit in Europe and now considered a classic as of late, the film is now the subject of a remake this past week according to Deadline who reports Elwes and producer Andre Gaines have acquired the rights to the film from its international sales agents at the Cannes market. Terrell Garrett is writing the script for the film, originiated in Alistair McClean’s 1961 novel with a story centered on a deep-sea salvager who kidnaps an oil heiress amid a plot to infiltrate the gang of thieves who murdered his family.

“I’ve loved this movie ever since I was a kid,” Elwes said. “It was one of my stepfather’s favorite movies, and my hope is to remake it even better than he did.”

“I’m happy to help Cassian breathe new life into Fear is the Key,” Gaines said. “The film takes the revenge thriller to the next level, and it is the type of movie you want to watch over and over again.”

As usual, a cast and director will be sought after as development and preproduction move forward in due time. I haven’t seen the original but bearing the plot in mind, I can imagine a number of things this new take could look like compared to Tuchner’s. Personally I’m hoping for something edgy and energetic but whatever the case may be, I’m sure we’re in for something that will get its share of attention as fascinating as remakes tend to be.