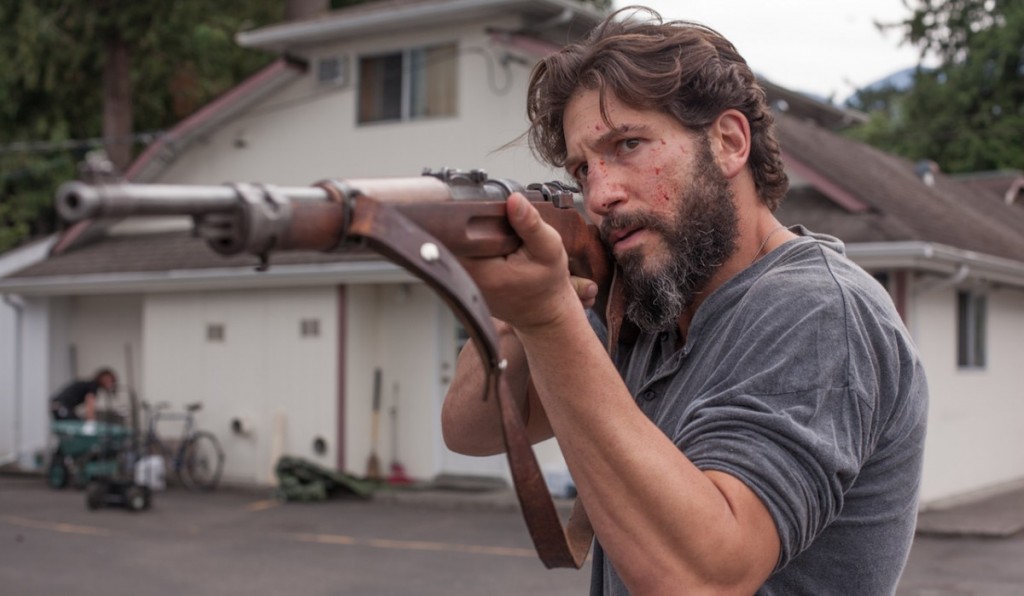 Recent events may have temporarily thrown actor Jon Bernthal’s push for upcoming Netflix series, The Punisher, into a bit of a quiet spell. Surely, it isn’t slowing down progress on other matters of film and we can thank the current run of reviews and press online since the Tribeca premiere of Jamie M. Dagg’s new movie, Sweet Virginia.

A mysterious stranger sends shockwaves through a close-knit community in this nerve-jangling slice of raw suspense. In the wake of a triple murder that leaves the residents of a remote Alaskan outpost on edge, tightly wound drifter Elwood (Christopher Abbott) checks into a motel run by Sam (Jon Bernthal), a former rodeo champion whose imposing physical presence conceals a troubled soul. Bound together by their outsider status, the two men strike up an uneasy friendship—a dangerous association that will set off a new wave of violence and unleash Sam’s darkest demons. Driven by tour de force performances from Christopher Abbott and Jon Bernthal, this precision crafted thriller pulses with an air of quivering dread. With Imogen Poots and Rosemarie Dewitt.

IFC Films acquired the movie in May and have since snagged a theatrical and VoD release on November 17. The official trailer is just below.