THE AMAZING SPIDER-MAN 2 Gets A Third Trailer 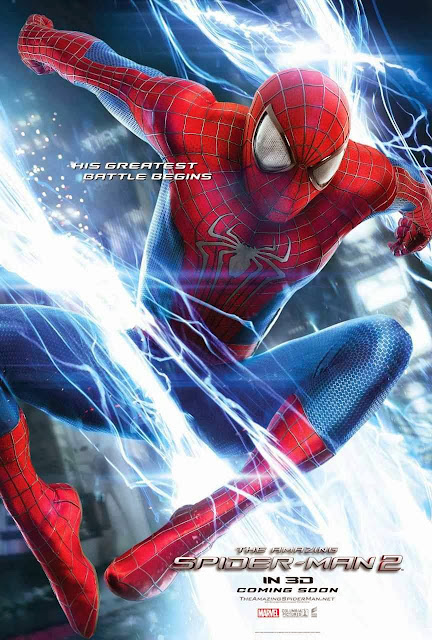 In the weeks and months since the folks at Sony Pictures began launching their promotional campaign for the upcoming release of The Amazing Spider-Man 2, Marvel fans have gotten to know a little more about a few of the film’s characters, particularly that of Daily Bugle editor-in-chief J. Jonah Jameson whose latest diatribe against our favorite webslinger is now available online. Furthermore, fans now have confirmation that actor B.J. Novak has been revealed for the role of Alistair Smythee, whose son, Spencer, inherits his father’s inventions and experiments on himself to become “The Ultimate Spider Slayer” with one obvious mission in mind.

That said, we still have two more movies and several spin-offs to go as the plot thickens with more villains for our protagonist to face-off with in what is expected to be his greatest battle yet. And on that note, we have a new trailer you can check out below.
The Amazing Spider-Man 2 joins Novak with Andrew Garfield, Emma Stone, Jamie Foxx, Sally Field, Dane DeHaan, Paul Giamatti, Campbell Scott, Embeth Davidtz and Colm Feore. The film releases on May 2, 2014.
In other news, SuperHeroHype has all the info you need to learn more about latest first-of-a-kind announcement appointing Spider-Man as the official ambassador for a special event on March 29 called Earth Hour. CLICK HERE TO READ THE OFFICIAL PRESS RELEASE.
SYNOPSIS:

We’ve always known that Spider-Man’s most important battle has been within himself: the struggle between the ordinary obligations of Peter Parker and the extraordinary responsibilities of Spider-Man. But in The Amazing Spider-Man 2, Peter Parker finds that a greater conflict lies ahead.

It’s great to be Spider-Man (Andrew Garfield). For Peter Parker, there’s no feeling quite like swinging between skyscrapers, embracing being the hero, and spending time with Gwen (Emma Stone). But being Spider-Man comes at a price: only Spider-Man can protect his fellow New Yorkers from the formidable villains that threaten the city. With the emergence of Electro (Jamie Foxx), Peter must confront a foe far more powerful than he. And as his old friend, Harry Osborn (Dane DeHaan), returns, Peter comes to realize that all of his enemies have one thing in common: OsCorp.