THE ANOMALY Re-emerges With A New Trailer And First Clip! 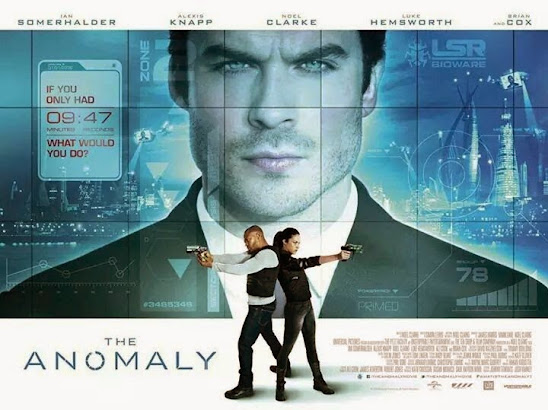 Actor, producer and filmmaker Noel Clarke‘s newest film, The Anomaly, is shaping up to look like a pretty cool sci-fi actioner this year as it pushes on with its current viral promotional campaign via the official facebook page. The film is currently poised for a premiere later this month at the Edinburgh Film Festival before getting a UK release on July 4, with further release dates pending, and we now have a second sexy new action-packed trailer available for viewing in addition to a debut clip, both of which you can take a look at below.

In the future, time is of the essence.

A traumatised ex-soldier (Noel Clarke) wakes up in the back of a moving van with a young boy held captive beside him. So begins a stylish game of cat-and-mouse played out against a futuristic backdrop where mind control is employed alongside cutting edge bio-technology in the fight between good and evil. This ambitious science fiction thriller sees director-actor Clarke using a clever premise to his advantage, constantly refreshing the high tension as the plot unfolds and keeping the exhilarating action moving with his impressive, bone-crunching fight sequences.

Clarke is joined by Ian Somerhalder, Brian Cox, Alexis Knapp and Luke Hemsworth with a script by Tiger House scribe Simon Lewis. Head over to the official site for more info on Edinburgh and stay tuned for more news and info!