THE DEAD LANDS Gets A U.S. Poster And Theatrical/VOD Release Date

Director Toa Frasier‘s latest Maori action epic, The Dead Lands, has stood the test of time since its film festival accolades last year prior to its New Zealand release. The film is finally extending its roll-out to other territories in 2015, including in North America where it will first premiere in limited theaters and through video-on-demand beginning on April 17 following its acquisition by Magnet Releasing. As such, we now have a fresh new poster to accomodate. It’s not too different from the artwork presented last year, but its still worth taking notice. Check it out. 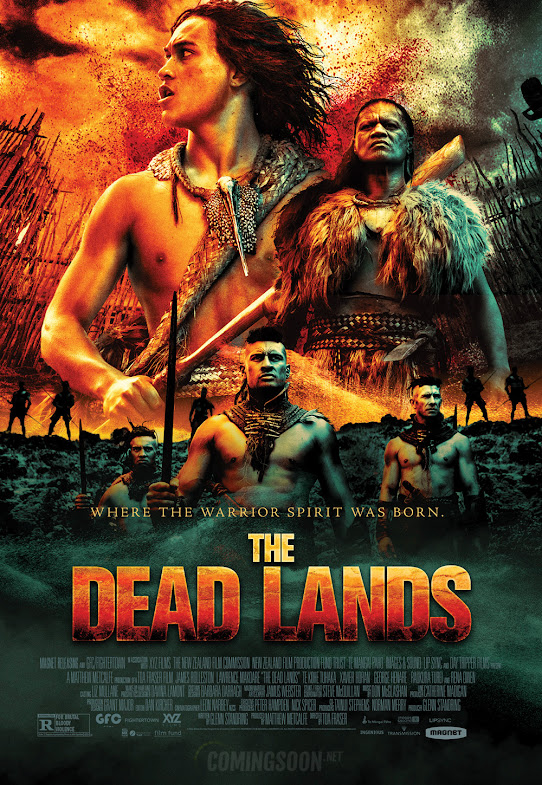 Produced by Matthew Metcalfe and scribe Glenn Standring, The Dead Lands centers on actor James Rolleston in the role of Hongi, the son of a chieftain forced trek forbbiden territory to forge an uneasy alliance with a mysterious warrior in order to avenge his father and his tribe, and bring peace and honor to their souls. Also starring are actors George Henare, Te Kohe Tuhaka, Xavier Horan and Lawrence Makoare, and actresses Raukura Turei and Rena Owen. Stick around as we may be seeing a trailer soon enough after this.
H/T: ComingSoon.net