The Final Trailer For Marvel's DAREDEVIL Brings A City Under Siege! 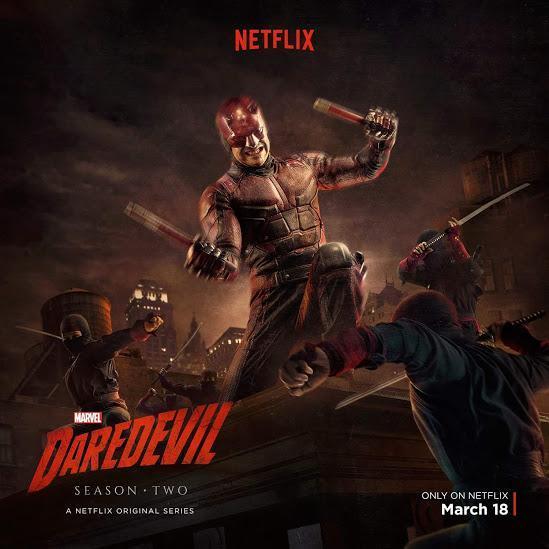 We’re merely three days away from the premiere of the second season of Marvel’s epic superhero series, Daredevil, and the story has thusfar drawn an immense amount of thrills from top to bottom. Compelling drama, amazing action and a sprawling crime epic measure in with Charlie Cox in the role for the Netflix series and he’s done so with plenty of justice in season one.

Looking ahead, season two looks no different either, and indeed, more characters are entering the fray to turn this show on its head in hopefully the best imaginable way. We’re finding out soon enough, and the final trailer leaves you better off with much excitement to carry you through this Friday.
SYNOPSIS:

Just when Matt thinks he is bringing order back to the city, new forces are rising in Hell’s Kitchen. Now the Man Without Fear must take on a new adversary in Frank Castle and face an old flame – Elektra Natchios.

Bigger problems emerge when Frank Castle, a man looking for vengeance, is reborn as The Punisher, a man who takes justice into his own hands in Matt’s neighborhood. Meanwhile, Matt must balance his duty to his community as a lawyer and his dangerous life as the Devil of Hell’s Kitchen, facing a life-altering choice that forces him to truly understand what it means to be a hero.

MISS PEREGRINE'S HOME FOR PECULIAR CHILDREN Takes You Below Sea And Beyond In The New Trailer Watch The Latest Trailer For Jeremy Saulnier's Thriller, GREEN ROOM