The First Teaser Trailer For FURIOUS 7 Is Here! 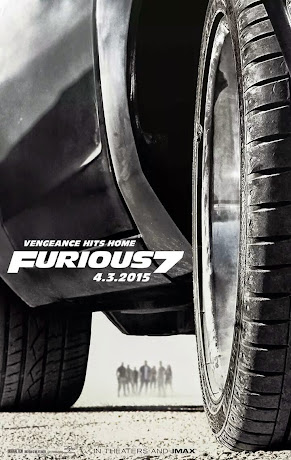 It is an age where trailers have become as eventful as the films they are pitching, and on Saturday, Universal Pictures proudly held a star-studded get together of their own with the folks at E! and E! Online to broadcast the first official teaser trailer for their next big screen venture, Furious 7. The teaser comes just after the studio unveiled the first ever principle banner and poster art this week, in addition to a launching a week-long promotional campaign for the new movie under the theme “The Road To Furious 7”, showcasing seven-second Vines and retrospective featurettes with the cast providing their insight on various aspects of the franchise, from the story and setting, to the hard-hitting action and stuntwork.

Directed by James Wan, April 3, 2015 is the date when the film is slated to grace 2D and IMAX screens everywhere, promising every bit of explosive, emotionally-charged, high-powered drama and action centered on a colorful cast of characters who, in a matter of thirteen years and six franchise films, have grown from an amalgam of bitter enemies on both sides of the law, to renegade outlaws and heroes side-by-side against greater global threats. This time, road warriors Brian O’Connor and Dominic Toretto will be forced back into battle with the emergence of the newest nemesis, Lucas Shaw, now out for blood after making it clear what his intentions were at the end of the previous film.
Hopefully you’ve seen all six films by now, in which case, you’re right on time. If not though, then I highly recommend not putting them off any longer and getting on board the Fast And Furious journey as soon as possible. What happens in this movie could mean big things for the possible, and ever-hopeful future of this epic road saga while it may still feel bittersweet for fans nearly a year ago since philanthropist and franchise lead actor Paul Walker‘s death; Walker played a principal role in shaping the story for nearly a decade as the fanbase grew bigger and bigger, and with six months now left and counting, Furious 7 could mark the beginning of a new chapter, while celebrating the life and lasting legacy of one of its most beloved actors.
Walker will headline a principal cast featuring lead actors Vin Diesel, Tyrese Gibson, Christopher Bridges and Dwayne “The Rock” Johnson, actresses Michelle Rodriguez, Jordana Brewster, Elsa Pataky and Nathalie Emmanuel, along with Kurt Russell, Tony Jaa, Lucas Black, Djimon Hounsou and John Brotherton. Watch the teaser trailer below!

The New Shortfilm Teaser For YAKUZAMBIE Pits A Mob Princess And Her Sex Slave Against The Undead! A Case For Better Action Movies: DIE FIGHTING (2014)