THE FOREIGNER Arrives Home On DVD, Blu-Ray And Digital This Winter

Martin Campbell’s latest thriller, The Foreigner, is coming home to Blu-Ray, DVD and Digital between December and January. Fellow contributor James gave the film a balanced approach in his owm analysis calling it “an immaculately shot, deliberately paced political thriller with sudden bursts of hardcore action from Chan…”, while some probably didn’t like how less Chan-centric it was in their view. Nevertheless, those who’ve missed out during its theatrical run can still pre-order themselves a copy in the wake of UPHE’s latest announcement below with artwork included. 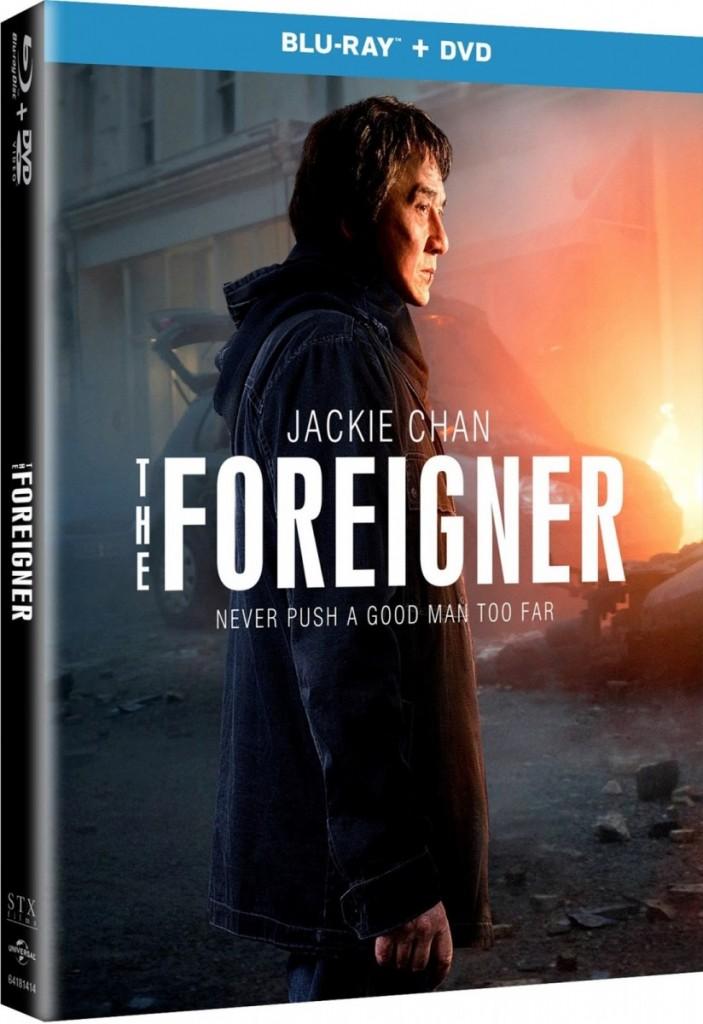 Global superstar Jackie Chan (Rush Hour trilogy) returns to the big screen like you’ve never seen him before in the action-packed film, The Foreigner, arriving on Digital on December 26, 2017 and on Blu-ray™, DVD and On Demand on January 9, 2018 from STXfilms and Universal Pictures Home Entertainment. Directed by Martin Campbell (Casino Royale), the film also stars Pierce Brosnan (Tomorrow Never Dies), Katie Leung (Harry Potter franchise), Orla Brady (Wuthering Heights), Charlie Murphy (Philomena), and Michael McElhatton (“Game of Thrones”). With impressive action sequences and edge-of-your-seat twists and turns, The Foreigner, from STXfilms (Bad Moms franchise), tells a compelling and emotional story of justice, redemption, and retribution. Filled with gripping and explosive scenes, the film also comes with special bonus features including a behind-the-scenes look into the making of the film and interviews with the cast.

From Universal Pictures Home Entertainment: The Foreigner
Jackie Chan and Pierce Brosnan star in The Foreigner, a timely action thriller from the director of Casino Royale and Goldeneye. Chan stars as humble London businessman Quan, whose long-buried past erupts in a revenge-fueled vendetta when the only person left for him to love — his teenage daughter — is taken from him in a senseless act of politically-motivated terrorism. In his relentless search for the identity of the terrorists, Quan is forced into a cat- and-mouse conflict with a British government official (Brosnan), whose own past may hold clues to the identities of the elusive killers.

•The Making of The Foreigner
•Interviews
•Trailer #1
•Trailer #2

The Foreigner will be available on Blu-ray™, DVD and Digital.

Blu-ray™ unleashes the power of your HDTV and is the best way to watch movies at home, featuring 6X the picture resolution of DVD, exclusive extras and theater-quality surround sound.