THE FOREIGNER: Jackie Chan Menaces With A Vengeance In The First Official Trailer 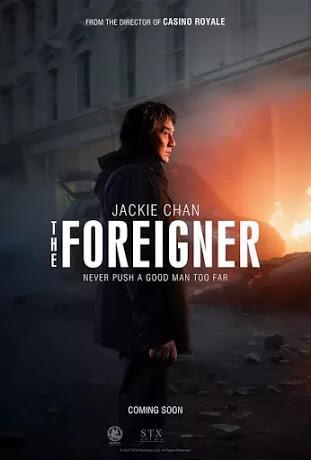 Taking a rare pivot from the usual family-friendly tone of a Jackie Chan film, the mood can be both seen and felt in the official teaser trailer for upcoming action thriller, The Foreigner. Casino Royale helmer Martin Campbell is certainly tapping into the dark and gritty millieu here, and it’s an appropriate fit for a brooding revenge film that has the honorary Oscar-winning action star leading the cast.
The Foreigner takes its cues from Stephen Leather’s 1992 novel and with none other than Chan starring as a London restaurant owner who reverts to his former skillset accrued in his dark past when the justice system fails him in an IRA terrorist attack that kills his daughter. Chan stars opposite Pierce Brosnan in their first appearance together on screen with Liu Tao and Katie Leung also starring.
The Foreigner will release throughout Asia in September with a U.S. release in tow the following October. Watch the new trailer below!

AJIN: DEMI HUMAN: Death, Life And Epic Creature Battles Are A Repeat Process In The First Official Trailer For The Live-Action Adaptation PARADOX Gets An August Hong Kong Release