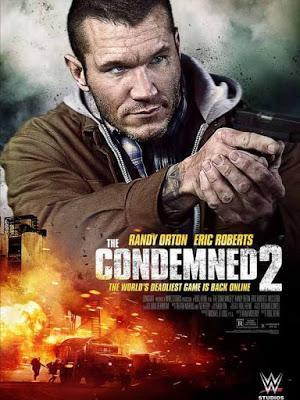 Lionsgate and WWE have a great string of titles geared toward fans of wrestling and action movies, and many wrestlers have done pretty well in transitioning themselves from the arena to the movie set. Actor Randy Orton continues this from his previous foray on 12 Rounds 2: Reloaded now with a place in under Roel Reine’s direction for The Condemned 2 following its 2007 predecessor with Orton now filling in the shoes of “Stone Cold” Steve Austin.
SYNOPSIS:

A former bounty hunter who finds himself on the run as part of a revamped Condemned tournament, in which convicts are forced to fight each other to the death as part of a game that’s broadcast to the public.

Look for this one to release theatrically and digitally on November 6 while you can now view this week’s newest trailer.

Leonardo DiCaprio Faces Betrayal And A Hungry Bear In The New Trailer For THE REVENANT MISSION: IMPOSSIBLE – ROGUE NATION To Release On BluRay, DVD And Combo Pack This November And December