The Game Is Not Over Yet In The New Trailer For THE HUNGER GAMES: MOCKINGJAY PART 2 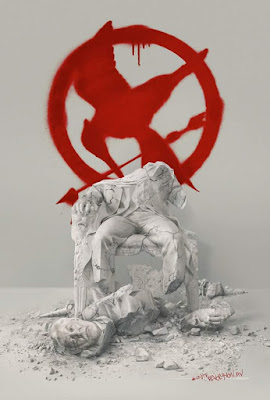 In an era of PG-13 YA fan culture, Lionsgate’s cinematic reworking of author Suzanne Collins’s Hunger Games franchise has stood the test of time. The last three years have catapulted actress Jennifer Lawrence into stardom having principally led the studio’s 3.4-part saga with a compelling epic centered on one woman’s evolution against dystopian tyranny, layered with action, intrigue and love with a supporting cast led by Liam Hemsworth, Josh Hutcherson and Woody Harrelson among others.

This November, everything comes together with the release of the fourth and final installation, The Hunger Games: Mockingjay Part 2, a film that also arrives with a parting farewell for one of its late co-stars and memorable actors, Phillip Seymour Hoffman. It’s a bittersweet offering though, and one I allege won’t forget to entertain and dazzle fans of the franchise one more time on the big screen. For this, following the most recent teaser photo reveals is the latest teaser footage you can now catch below ahead of its arrival on November 20.

The blockbuster Hunger Games franchise has taken audiences by storm around the world, grossing more than $2.2 billion at the global box office.

Check Out A New Trailer And Action Clip From BOND:KIZUNA Warner Bros.'s AKIRA Gets New Life With A New Writer