Warner Bros.'s AKIRA Gets New Life With A New Writer 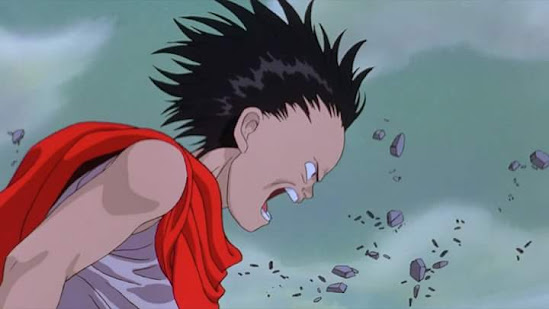 Writer Marco J. Ramirez will be stepping in with Doug Petrie to carry on the story for Netflix’s Daredevil series upon its forthcoming second season. Beyond that, Ramirez’s name bares mentioning with reports now making the rounds that he’ll be penning the script to revive Warner Bros. long-awaited film adaptation of the 1982 classic manga/anime property, Akira.

The report comes less than six months after it was reported that original author Otomo Katsuhiro would be launching his own efforts to get a live-action film going, ultimately in response to the last thirteen years of stops and starts in Hollywood. Much of the stagnation had been reportedly due to budget, scheduling and script issue, with Non-Stop and Run All Night helmer Jaume Collet-Serra eventually stepping down at the time after being attached back in 2013.
Proceeded by its feature-length anime in 1988, Akira centers on a post-apocalyptic future in the city of Neo-Tokyo where two childhood friends, Kaneda and Tetsuo, find themselves in the throes of government corruption and secrecy in a series of events that could endanger Tetsuo’s life, and in turn, millions more. Akira is long considered a staple of Japanese science fiction, cyberpunk and action entertainment culture, in addition to adding to much of Otomo’s acclaim as one of the most prolific innovators in the world of film and entertainment.
Tron: Legacy actor Garrett Hedlund was previously mentioned as one of three actors for a role in the film prior to reports thereafter pertaining to the now-shelved Tron 3. With that in mind, I suppose now would be a good time to get a talk going.
Leonardo DiCaprio’s Appian Way are producing with American Sniper producer Andrew Lazar. Meanwhile, Netflix’s Daredevil airs its second season next year.
H/T: THR

The Game Is Not Over Yet In The New Trailer For THE HUNGER GAMES: MOCKINGJAY PART 2 CBS's SUPERGIRL Lands A Premiere Date!