THE GRANDMASTER 3D Re-Release Issues New Posters And A Trailer 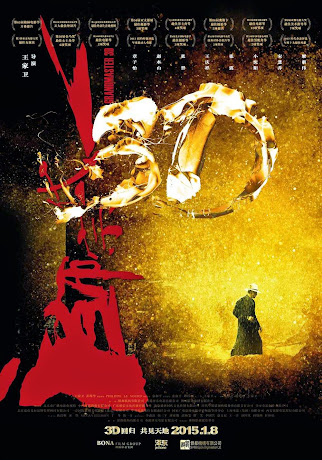 Aside from all its accolades, director Wong Kar Wai‘s most recent kung fu epic, The Grandmaster, is probably the most lauded by critics for the tedious approach its helmer has taken to bring about a perfect version, of which there have already been several in the past year or so. Nontheless, Wong took it upon himself earlier this year to take the film back under the knife once more for a 3D conversion announced earlier this year in the hopes of creating a more streamlined and cohesive film, one that will likely be much more shorter than its original Chinese release. Alas, the newly 3D-converted film will be getting a 111-minute duration with some newer footage for its China audience beginning on January 8, 2015.

Directed by acclaimed filmmaker Wong Kar Wai, THE GRANDMASTER is an epic action feature inspired by the life and times of the legendary kung fu master, Ip Man. The story spans the tumultuous Republican era that followed the fall of China’s last dynasty, a time of chaos, division and war that was also the golden age of Chinese martial arts. Filmed in a range of stunning locations that include the snow-swept landscapes of Northeast China and the subtropical South, THE GRANDMASTER features virtuoso performances by some of the greatest stars of contemporary Asian cinema, including Tony Leung and Ziyi Zhang.

The film also probably marks the last time any of us sees Zhang in a martial arts role unless she plans on surprising us somewhere down the line, in which case, I personally don’t mind. As for The Grandmaster 3D, I certainly hope that this version takes kindly to the needs of the niche both at home and abroad; Aside from seeing master Yuen Woo-Ping‘s masterful choreography on sheer display, clearly the China version was better, and the critics have all agreed and it’s high time they were listened to…that is provided that a U.S. release is also in order.

Check out the trailer below along with the new posters in the following album, and feel free to visit Wong’s official blog for more insight and extra content.