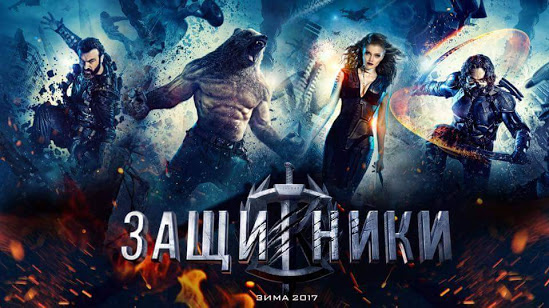 There’s no holding back this Winter for American Heist helmer Sarik Andreasyan who has consistently proven his aptitude for attracting eyes to his stellar film work. His most recent example of this, Guardians, has taken a foothold among its target base at an international level following leaked footage in the events during last year’s EFM installation and the subsequent trailers that followed, garnering the attention of many a film site, including ours.

It’s self explanatory, really, why a superhero movie like this deserves a huge audience: A translucent heroine who can manipulate the matter of her own body joined with a trio of metahumans who can each respectively transform into a werebear with a knack for heavy artillery, slice with the speed of lightining manipulate limbs to become solid rock and bend Earth matter – all embodying the heroes of a secret organization created at the height of the Cold War and forced out in the open to stop a mechanized madman from terrorizing the world.
This works. I don’t see how it doesn’t. You have to be stupid to agree with the latter, and hopefully this one sanctions a release overseas. Sebastien Sisak, Anton Pampushniy, Sanzhar Madiev and Alina Lannina headline as our quartet of heroes for this film’s February release and the sequel prospects theirin while the final trailer has arrived this week, subtitled for your absorption.
Watch!

JAILBREAK: Hip-Hop Duo KmengKhmer Unleashes The Official Music Video For The Film’s OST LEGEND OF THE BROKEN SWORD HERO Debuts Buakaw As A Warrior On The Rise In The Official Trailer