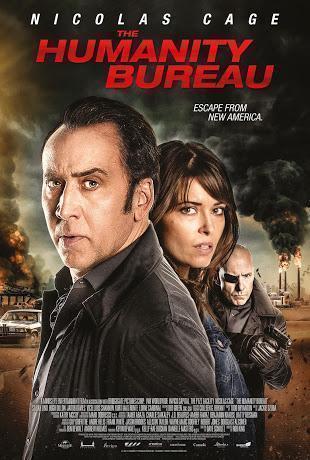 IGN took to the masses on Thursday to present an exclusive trailer for Rob W. King’s latest, The Humanity Bureau which opens for a limited theatrical and digital release on April 6. Accompanied by a VR platform titled The Humanity Bureau VRevolution which opens this Friday, actor Nicolas Cage can cause further stir in the world of cinema following recent successes with festival favorites Mom and Dad, and Panos Cosmatos’s Mandy.

In the near future, global warming has turned parts of the American Midwest into a desert. In its attempt to take hold of the economic recession, a government agency called The Humanity Bureau exiles members of society deemed unproductive and banishes them to a colony known as New Eden. An ambitious and impartial caseworker Noah Kross investigates a case appealed by a single mother and her son. Knowing the unjust fate of the innocent boy, Kross sets off to save the lives of the mother and child duo and to expose the truth about The Humanity Bureau’s secrets once and for all.