THE MAZE RUNNER Gets A Limited IMAX Release This September! 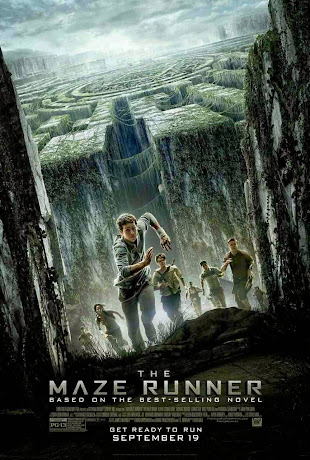 YA novel-based action adventure thrillers continue to remain popular in film with the forthcoming release of Wes Ball’s directorial debut, The Maze Runner. Over a year since filming on-location in Louisiana, the production stayed well in touch the fans online, hosting Q & A’s, garnering attention at conventions and showcasing promotional art ahead of the film’s release, in addition to showing exclusive trailers and clips now available online.

As it stands, all hopes for the announced sequel, The Scorch Trials, which Ball himself hopes to begin shooting this Fall, rests on the film’s hopeful success upon its release in Taiwan, North America and the United Kingdom. And this week, IMAX Corporation is adding a bonus for fans and followers of author James Dashner’s book series and the upcoming film.

Read on, and check out the latest trailer and clips just beneath!

LOS ANGELES, Aug. 26, 2014 /PRNewswire/ — IMAX Corporation (NYSE: IMAX; TSX: IMX) and Twentieth Century Fox, a division of 21st Century Fox. (NASDAQ: NEWS), today announced that the Studio’s adaptation of the epic sci-fi best-selling novel The Maze Runner will be digitally re-mastered into the immersive IMAX® format and released across all domestic IMAX® theatres for a one-week engagement on Sept. 19. The film also will be released in select international territories starting Sept. 11.

Based on the best-selling book by James Dashner, The Maze Runner follows a young man named Thomas, played by Dylan O’Brien (TV’s Teen Wolf), who wakes up trapped in a massive maze with no memory of the outside world other than strange dreams about a mysterious organization known as W.C.K.D.  Only by piecing together fragments of his past with clues he discovers in the maze can Thomas hope to uncover his true purpose and a way to escape.

“After seeing The Maze Runner, this is an ideal and very cinematic adaptation that is ripe for IMAX moviegoers,” said Greg Foster, Senior Executive Vice President, IMAX Corp. and CEO of IMAX Entertainment. “With The Maze Runner, we’re not only thrilled to add this exciting and action-packed film to our Fall slate but also pleased to be in business with Fox.”

The IMAX release of The Maze Runner will be digitally re-mastered into the image and sound quality of The IMAX Experience® with proprietary IMAX DMR® (Digital Re-mastering) technology. The crystal-clear images, coupled with IMAX’s customized theatre geometry and powerful digital audio, create a unique environment that will make audiences feel as if they are in the movie.