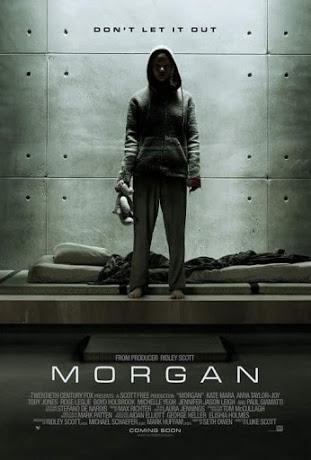 Director Luke Scott’s new sci-fi thriller, Morgan, has an official trailer out this week following its teaser last month. I’m not much of a horror-genre person but I have my exceptions, and actress Anya Taylor-Joy’s performance in the title role as sampled here seems pretty damn gripping.
SYNOPSIS:

A corporate troubleshooter (Kate Mara) is sent to a remote, top-secret location, where she is to investigate and evaluate a terrifying accident. She learns the event was triggered by a seemingly innocent “human,” who presents a mystery of both infinite promise and incalculable danger.

Hats off to co-star Paul Giamatti who goads are infamous lead character into the menacing experimental “humanoid” she becomes. Gotta love an actor who can set the tone propertly, and surprisingly actress Michelle Yeoh is in this one as well too. She doesn’t speak in the trailer but you do get a few good shots in.

September 2 is the date from 20th Century Fox. Watch below!