The New Pre-Game Teaser For INSURGENT Is Here 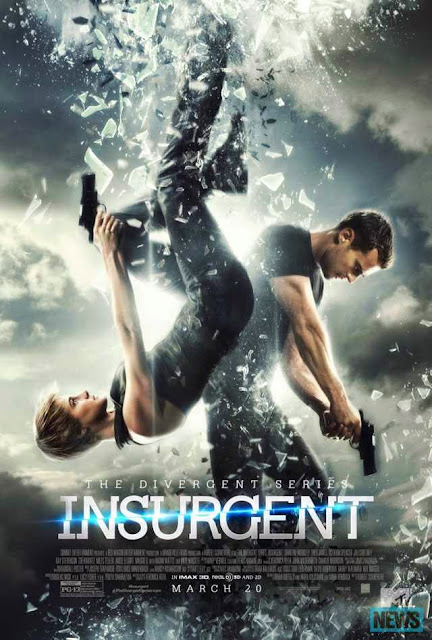 As with every SuperBowl Sunday, this weekend is going to be a big opportunity for trailers to make their way for an audience. Director Robert Schwentke‘s The Divergent Series: Insurgent is one of those films now currently amidst an epic campaign laden with an array of standard and animated posters and portraits hosting much of the film’s sprawling cast led by returning actress Shailene Woodley and actor Theo James.
The film is releasing on March 20 as the second of a 3.4 part saga based on acclaimed author Veronica Roth, continuing the story of Tris, a young girl who finds herself at the center of a deadly conspiracy that makes her a threat to the theocracy that segments citizens in a ritualistically-split five-faction society. Last year’s Divergent from director Neil Burger, has already set the course of events for what’s to come in the sequel, so check it out now at home wherever movies are sold before the second chapter arrives, because if the new SuperBowl pre-game TV spot is any indication, things are about to get way crazier!

JOHN WICK Duo, Stahelski And Leitch To Direct COWBOY NINJA VIKING For Universal JCVD Pounds Away In The New Unofficial Teaser For POUND OF FLESH