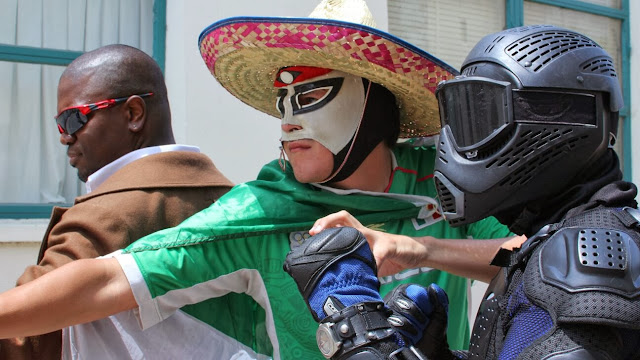 Independent filmmaker and actor Fernando Jay Huerto is soon set to begin working on his first feature-length film this year. In the meantime, we now have the new action-packed series trailer for the upcoming final episodes of Huerto‘s successful tokusatsu-inspired webseries, Battle Hero: Absolute, which you can check out in the embed below.

Battle Hero Absolute returns with the final 5 episodes. As the Clarion invasion draws near, Jay and Sunny must try to defend their city and protect their friends, family, and classmates from the looming threat. This is a preview of what’s to come.

Inspired by the Japanese Superhero show Kamen Rider, Battle Hero Absolute is about a young man named Jay, who fights a human replicating alien species called the Clarion. Using the only Earth weapon capable of identifying and fighting the stealth menace, he is called upon to be the protector of the human race as the Masked Hero. All while juggling his college studies and his relationships with his girlfriend Jan and his former lover, but lifelong best friend Sunny, who also moonlights as the 2nd Battle Hero. Both of whom have a peculiar fascination with the local superhero.