THE RAID Remake Director: "Scott Adkins Is Definitely In The Mix"! 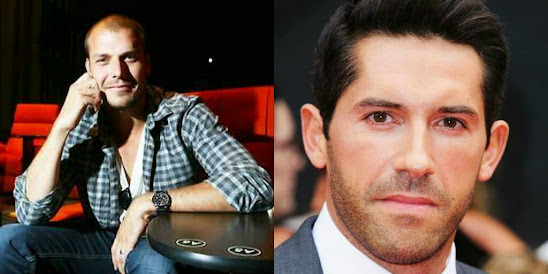 Director Patrick Hughes is releasing his newest film, The Expendables 3, this Friday, with Lionsgate determined to open the film on the big screen with subsequent, hopeful commercial success (provided the film’s leak will not be a factor). That said, fans are also clammoring to find out more about who Hughes wants and will have in his next film, The Raid, a forthcoming remake of the 2011/2012 hit directed previously by filmmaker Gareth Huw Evans.

In an interview with The Action Elite, the director managed to squeeze in some much-needed insight about casting in that regard. Needless to say, martial arts action fans who know well the name, Scott Adkins, may be pleased by what Hughes says this week:

AE: I just want to say one thing about your upcoming remake of The Raid; please cast Scott Adkins in some capacity. He’s one of the best martial arts stars in the business and we’d all love to see him have a major role. He also really wants to do it!

Hughes: (laughs) Actually I met with Scott when I was out in Bulgaria doing early pre-production; he was there at the same studio shooting Hercules. I hung with him quite a bit and he’s really an awesome guy. He’s definitely in the mix and we’re in the process of casting now…

Adkins (Ninja, Ninja 2, The Expendables 2), a long time cult favorite of the genre by many around the world, has been VERY vocal about being a part of The Raid franchise in any capacity, specifically The Raid 3 in Evans’ franchise following the electrifying reviews the second film receieved in January at the Sundance Film Festival. In March, Evans himself stated his own support for Adkins to appear in the remake following the Hughes‘s announcement as director. “…Me on a personal level, I’d fucking love to see them put Scott Adkins in there.” says Evans. “I’m just going to say that right off because I just think he’s great and I’ve wanted to work with him before. For him to be able to get a real, good fucking solid role like that in a studio film where it’s all about gearing up towards martial arts, something that he’s fully capable of, it’d be great…”.
While we await confirmation on this matter, Adkins is in talks to co-star in the upcoming production of director Stephen Fung’s Kickboxer remake this Fall, in addition to finally appearing in the long-gestated release of director Valeri Milev’s zombie action horror pic, Re-Kill, due date TBA this year. As for all things Raid-related, Evans is expected to commense with the third in his franchise between the next two to three years. Evans is also executive producing the remake for Screen Gems along with XYZ Films, which has since confirmed actor Frank Grillo for a role, with Battleship star Taylor Kitsch in talks to lead for the film’s production next year.
Stay tuned for more info!

Film Of The Week: TEENAGE MUTANT NINJA TURTLES (2014) I Just Really Needed To Get This Off My Chest This Morning