Slated for a July 16, 2021 release from Sony, director Ruben Fleischer is currently at the helm for Uncharted, based on the hit game franchise from Naughty Dog, and both the studio, and actor Tom Holland, took to their platforms to reveal a first look at the lead character. The Wrap reported more details as follows:

The movie is a prequel to the events of the games, which feature Drake as an ancestor to Sir Francis Drake as he explores lost cities, hunts historical treasure and maybe encounters not just an army of bad guys looking to make a power grab but maybe some supernatural forces along the way. The games have become known for their cinematic style and quick-witted dialogue, much of it courtesy of the smarmy Nathan Drake.

The film also co-stars Mark Wahlberg, along with Antonio Banderas, Tati Gabrielle and Sophia Ali. Check out the photo below courtesy of Sony Pictures via Twitter. 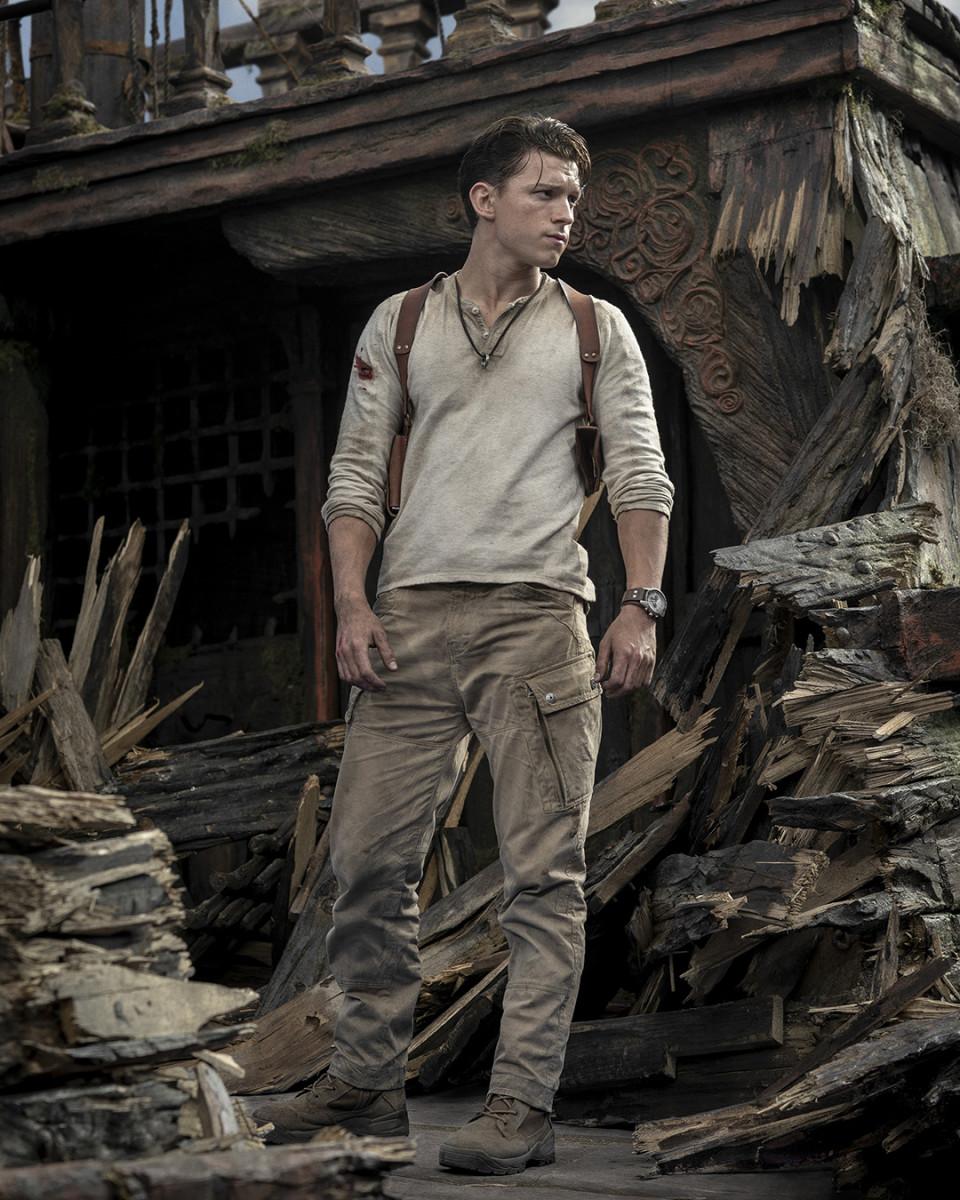 THE ROUNDUP: NO WAY OUT Punches In With New Stills From The Upcoming Don Lee Action Threequel

THE ISLAND: Michael Jai White Takes The Fight Home In A First Look At The New Action Crime Thriller