There was a span of time from the early 1980s until the mid-1990s where Chinese action films from Hong Kong were produced with such regularity that it seemed like instant classics were constantly appearing in video shops. Films by performers like Jackie Chan, Sammo Hung, and Jet Li came in like a steady stream but the reality was not all of these films were great. The consistently high volume of output from the HK film industry in those glory days meant that for every actual classic that got released, there were dozens of other action films released that were less than memorable. Even these second or third-string titles though often had an enthusiasm and urgency to them that made up for their poor acting, cheap sets, and incoherent scripts. They also always had action that was head and shoulders above anything else being produced in the world at the time. The worst Hong Kong action film during this time would still reward a patient audience with at least one solid moment of kinetic mayhem for sitting through a ninety minute film of questionable quality. 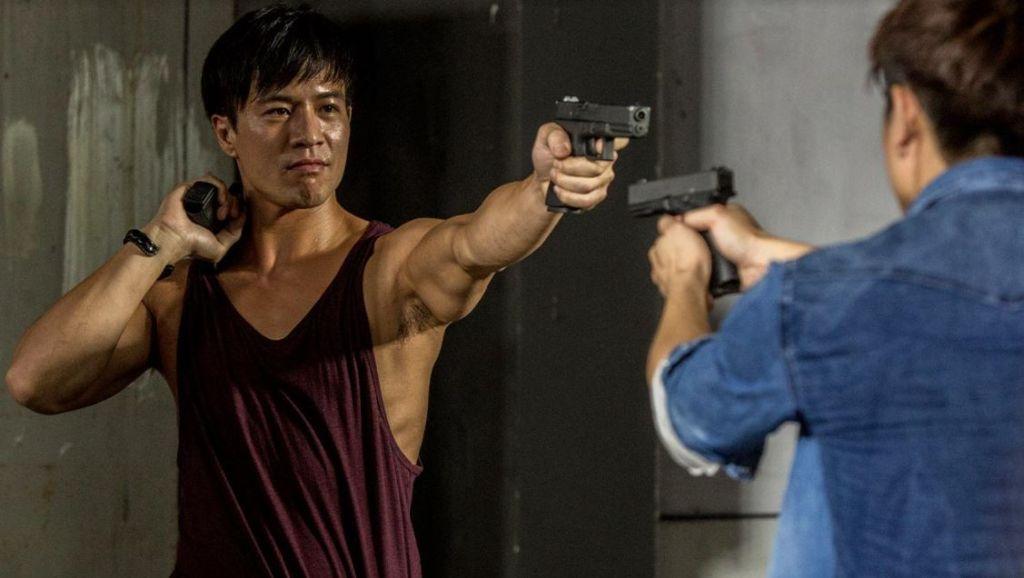 The enthusiasm on display and steadfast commitment to quality action in seemingly every level of production is what led to those years feeling like a “golden age” for Chinese action filmmaking. That quality has almost completely disappeared in the decades since. It’s been replaced with more expensive special effects and a Hollywood-esque sheen that has resulted in a lot of Chinese films feeling like pale imitations of their western brethren. There are still sporadic attempts made though to capture the feel of that special time period when Hong Kong ruled the action landscape. The latest to officially hit western shores, from frequent Asian film distributor, Well Go USA is the 2019 film UNDERCOVER PUNCH & GUN (aka UNDERCOVER VS. UNDERCOVER). From the outside, it has all the ingredients for a fun and loving homage to that bygone era- martial arts, gunplay, melodrama, and even a touch of broad comedy. The truth is though that the film fails to capture that spark of classic Hong Kong action and even struggles to be entertaining when completely removed from that association.

UNDERCOVER PUNCH & GUN tells the story of an undercover policeman (Philip Ng, BIRTH OF THE DRAGON) who inadvertently becomes the leader of the criminal gang he was infiltrating when the previous boss (Lam Suet, ELECTION) is suddenly struck down. Before long, our hapless undercover turned triad boss is in hot water with a drug-running human trafficker (Andy On, TRUE LEGEND). His only true ally is a fellow triad (Van Ness Wu, IP MAN 4) who doesn’t know that he is really a cop. It all comes to a head in an explosive confrontation aboard a freighter filled with illegal goods and armed mercenaries.

The above synopsis certainly feels like it could have come directly out of the heyday of Hong Kong action movies. So, with a suitable premise, talented cast, and all the other needed elements for a fun throwback action film, how does it all go so wrong? The best place to start is the story. Yes, many classics had dopey plotting or long stretches where no action took place but they still had a madcap energy that came from a rushed production that chose to spend its days and budgets where it counted, the action. So, often these films would still fly by even if there were lengthy gaps between action beats because the filmmakers wanted to get to those moments as badly as the audience. They would fill the time with oddball subplots or strange slapstick humor to hold attentions until they could make it to the next moment of cinematic violence. Here in UNDERCOVER PUNCH & GUN, everything grinds to a halt when action isn’t the focus and there is no real energy to any of these moments because nearly everything is played so straight and self-serious. The only exception to this is Van Ness Wu’s loudmouth triad. He has a couple of funny moments that show a glimmer of the vibe these sort of low-rung action films use to be overflowing with in their day. The film is too wrapped up in its over-plotted twisty tale of betrayals to recognize how silly it all is though. Five different writers worked on the script and it shows in every moment where dialogue and plot take center stage. It’s incredibly disjointed, jumbled, and simply put- a chore to get through. 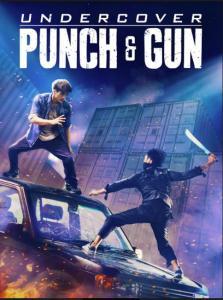 The reward for getting through the chore of the plot in UNDERCOVER PUNCH & GUN should be the action. After all, it’s choreographed by Philip Ng himself and both Andy On and Van Ness Wu are more than competent screen fighters. The action and stunts are certainly varied enough. There are fights with multiple participants, gunfights, car and wire stunts that on paper should be thrilling and the performers have the physical skills to make that happen. Nearly every action scene in the film though is let down by flat, uninteresting direction that drains all excitement from the proceedings.

Almost everything in UNDERCOVER PUNCH & GUN feels like a misfire and it’s disheartening because clearly everyone in front of the camera tried to make something special that would recall the glory days when the output of solid Hong Kong action films seemed never-ending. Luckily, those old  Hong Kong films are still out there waiting to be rediscovered by discerning action fans. Hopefully next time, Well Go USA will spend some of their acquisition budget on those lesser-known titles instead of pale imitations like this one (1.5/5) 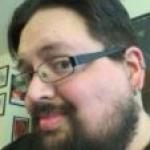 Web
Matthew Essary has been a professional film critic since 2017 and a film fanatic for much longer.

Matthew Essary has been a professional film critic since 2017 and a film fanatic for much longer.

Fantaspoa Review: CEMETERY OF THE LOST SOULS, Giving The Devil His Due Keith Cooke Kicks Up The New Epsiode Of Scott Adkins’ THE ART OF ACTION