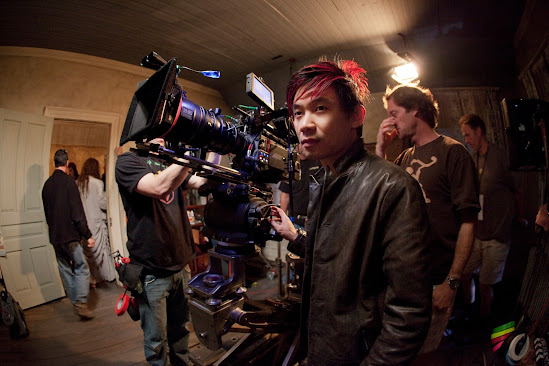 April was a great month to be director James Wan following the global success of his contribution to Universal Pictures’s Furious Seven. It led him to some amazing prospects, specifically the current live-action development of Warner Bros. DC Comics property, Aquaman, and Sony’s handling of the long-awaited Robotech, while Wan himself stays the course for his upcoming Conjuring sequel.
As of this week, it appears those prospects are even more affirmed with news from THR’s Heat Vision blog that the director has officially signed on to both projects, the former which will go onto release on July 7, 2018. Actor Jason Momoa will take the reigns for the title character with a script by Kurt Johnstad based on the classic DC Comics underwater superhero created by Mort Weisinger and Paul Norris in 1941, following his expected appearance in Batman V. Superman: Dawn Of Justice on March 25, 2016. For the latter, producers Mark Canton and Gianni Nunnari are on board with a script by 300 scribe Michael Gordon centered on two young pilots who, with the help of giant robots crafted from crash-landed alien technology, become Earth’s last hope against waves of attacks from intergalactic warriors looking to retrieve their flagships energy source, “the protoculture”.
I guess it’s safe to say if you enjoy Wan‘s work apart from the horror genre, there’s plenty to look forward to in the years ahead. Eyes open, folks!

Silverman stated, “We’ve been so lucky to have worked with James, first on New Line’s ‘The Conjuring’ and now on their upcoming ‘The Conjuring 2,’ and are thrilled to have him on board as we continue to expand our DC slate. The Aquaman film will be a major tentpole picture for us and James’s span of work has proven him able to take on any manner of project, bringing his incredible creative talent and unique voice to the material.”

Wan will also be supervising the script by Kurt Johnstad (“300,” “300: Rise of an Empire”). The film is being produced by Charles Roven, Deborah Snyder and Zack Snyder.

Roven said, “James is not only a great storyteller but can make action truly explode on the big screen, and Jason has a dynamic presence that commands your attention. Together, they will bring an undeniable vitality and energy to this character as he headlines his first feature film.”

An icon for over 70 years, Aquaman is the King of the Seven Seas. This reluctant ruler of Atlantis, caught between a surface world constantly ravaging the sea and Atlanteans looking to lash out in revolt, is committed to protecting the entire globe.

Currently set for a 2018 release, the film is based on characters appearing in comic books published by DC Entertainment.