Vengeance Runs Cold In The Night In ELIZA. Watch The New Shortfilm And Help Make It Longer! 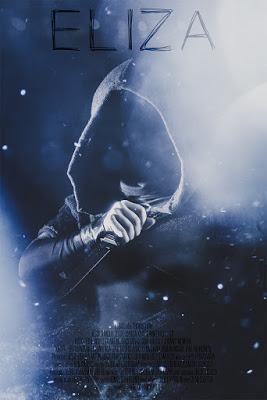 Not twenty-four hours since we published our Hit List for the week, Finnish filmmaker Mikko Löppönen is officially kicking off his latest ambitious venture with Eliza. The project is exactly the kind of film that is representive of the state of most territories around the world when it comes to a taste for action cinema and filmmakers like Löppönen are left to their own means, and so here begins a new effort toward a 30-minute revenge thriller with all the trimmings and tropes one could hope for in a violent revenge noir such as this.

Here are the current plot details, and as for some disclosure, I wrote the following synopsis approved by Löppönen himself:

Eliza is an homage to brilliant Revenge films of the past. When a vicious drug gang discovers they’ve been infiltrated by an undercover cop, they move in and invade his home, killing him, torturing his girlfriend, Eliza, and leaving her for dead. What they didn’t count on, was Eliza’s survival, and keen with her cunning and natural instincts, she is left no choice but to take on the life she once left behind, facing her boyfriend’s killers one-by-one in a single defining night of blood and vengeance.

The new Indiegogo campaign is looking to fund whatever it can from practical set pieces and effects to possible pay for its cast and crew, as well as help deliver some amazing action sequences like the ones you’re about to see, courtesy of co-star and fight choreographer Jesse Liskola. As such, its actress and recording artist Jessica Wolff in the title role, and in no way is this her first rodeo in doing action on film having done quite a few shorts in the past. She does incredible work and makes her role fit beautifully with respect to this piece, and I’m all the more hopeful that Eliza will emerge in full greatness in due time after this.
Watch Eliza in the player below and head over to the Indiegogo page to learn how you can contribute to this exciting new action-packed revenge roller coaster!

Boyka Is Back (Almost) In The New Trailer Tease For BOYKA: UNDISPUTED Hungry For More DEADPOOL? Here's An IMAX Promo To Whet The Appetite