Vin Diesel To Flex Some MUSCLE For STX 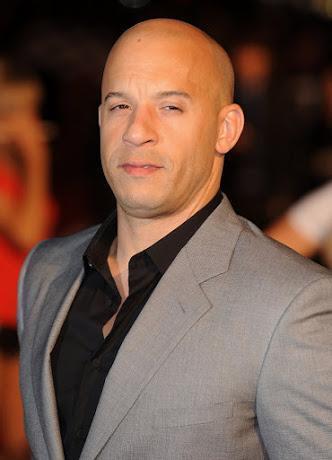 Vin Diesel is currently set to turn the wheel for director Justin Lin on the ninth installment of the long-running Fast saga for its April 2020 release with Kin scribe Daniel Casey penning the script. He’s also poised to headline a live-action adaptation of the Valiant Comics property, Bloodshot, for Sony Pictures in addition to enacting on his latest deal with H Collective for a fourth xXx film to shoot in December with D.J. Caruso to helm.
It’s a loaded list, for sure, but there’s several other projects I’m willing to bet the actor is sitting as the right time approaches for each. That doesn’t mean he’s finished planning more to delve into, and this week’s trade news cycle has all but confirmed this with word of his attachement to star in action comedy franchise hopeful, Muscle, for STX Entertainment. Plot details are unknown for the project but I’m pretty sure that given the title of the film, we won’t be catching anymore of Diesel in those unsightly dadbod pics.

“I’ve known Vin for more than a decade after working closely with him on the Fast and Furious franchise and I’m excited for him to return to this genre,” said Adam Fogelson, Chairman of STXfilms in making the announcement [via Deadline] “Muscle is the perfect blend of action and comedy that his millions of devoted fans around the world have come to love him for, and we believe has the potential to become his next big, signature franchise.”

Byron Phillips and Reginald Hudlin brought the project to the studio and, as such, will produce the film with Diesel and his partner Samantha Vincent under their One Race Films banner.

Jiang Wen’s HIDDEN MAN: Bullets And High Wire Acts Over China In The Newest Trailer WE CAME TO WRECK EVERYTHING: Blood Spills Both Ways In The First Teaser Poster For The Upcoming Dark Crime Comedy