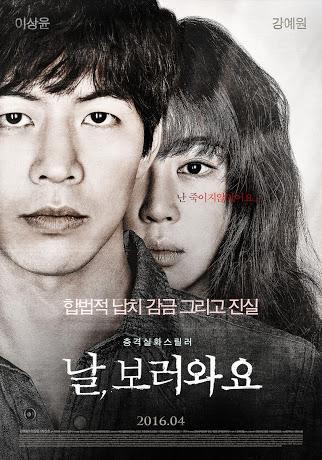 Director Lee Chul-Ha brings an intense-looking new thriller next month with the new film, Insane. Several videos are online to get a glimpse of the explosive intrigue and mystery that sets the stage for actress Kang Ye-Won and prominent K-drama actor Lee Sang-Yoon in his third feature film stint.
SYNOPSIS:

A star producer Nam-su is now on suspension for manipulating facts for television. While searching for an opportunity to redeem his name, an unidentified source sends him a notebook. It is the diary of Sua, the sole survivor of a mysterious fire in Medical K, a mental clinic, and the key suspect in the murder of her step-father. Nam-su investigates the case, soon finds that something’s fishy. To get this exclusive, he interviews Sua, but she denies not only the murder, also the existence of her step-father. She only witnesses the abuse committed in Medical K where she has been illegally imprisoned for years. As he digs deeper into Sua’s past, Nam-su is faced with a truth that is beyond his imagination.