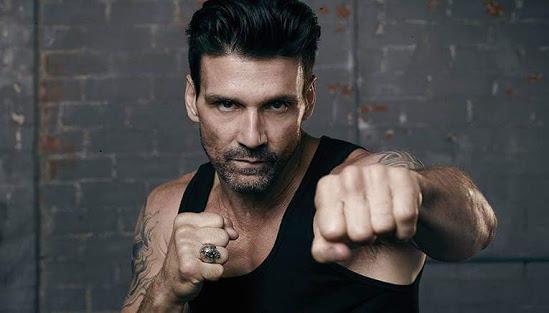 It does make you wonder about the theatergoing experience though, and hopefully this doesn’t have a lasting and negative effect. We’ll see. At any rate, Grillo’s got a bit of an eventful summer ahead, and more details are available further below.

Cannes, France – (May 17, 2016) – Netflix has acquired worldwide rights to the high-concept action thriller Wheelman starring Frank Grillo. Joe Carnahan (The Grey, The A-Team) is producing the film alongside The Solution Entertainment Group’s Myles Nestel (The November Man, Machete) and Grillo who is making his producing debut. Wheelman is written and directed by Jeremy Rush and is scheduled to commence principal photography in fall 2016. J Todd Harris, Chady Mattar and Scott Silver are executive producing.

The wheelman is Grillo – a getaway driver thrust into a high stakes race-to-survive after a bank robbery goes terribly wrong. With a car full of money and his family on the line, the clock is ticking to figure out who double-crossed him, and the only person he can trust… his fourteen-year-old daughter. All reasons to think fast, and drive faster.

“We are looking forward to working with this stellar team to bring this action-packed film to our members around the world,” said Robert Roy, Netflix vice president of global film.

“We are so excited to be making the film with Netflix as our partner and look forward to this being the first of many projects with them” said The Solution’s Nestel and Lisa Wilson.

“Netflix is literally reinventing the game in terms of distribution and the sheer number of subscribers they reach and the amount of viewers that will ultimately see Wheelman is really exciting to me. I couldn’t be happier and in terms of a creative partner, Ted Sarandos and his team are incomparable,” added Carnahan.

“What Netflix and Ted Sarandos are allowing talent and independent film makers to do, is experience a freedom without the pressures of the conventional film model. I couldn’t be more excited to be part of this,” concluded Grillo.

Best known globally as the star of The Purge film franchise whose latest installment Anarchy grossed over $110 million worldwide, Grillo will star in the next installment Election Year to be released in July. Grillo is also featured in Marvel’s current release of Captain America: Civil War, which has already grossed over $900million globally. He reprises his role as Brock Rumlow/Crossbones first seen in Captain America: The Winter Soldier. Grillo can currently be seen as ‘Alvey Kulina’ in the critically acclaimed DirecTV series Kingdom where he brings his real life boxing experience to the intense lead role.

Other credits include breakout performances in The Grey, Warrior, Zero Dark Thirty, End of Watch, Disconnect, Collision, Homefront, and many more. In television, Frank has captivated audiences on Breakout Kings, The Gates, The Kill Point, Prison Break, The Shield, and several more.