Will Chris Hemsworth Be A 'LIONHUNTER' For The Upcoming LETHAL WEAPON Reboot? 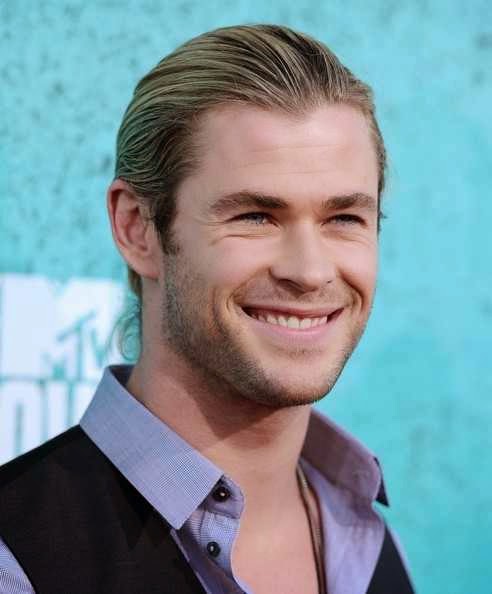 For now, Marvel fans will have their leading man for Asgardian superhero, Thor, in actor Chris Hemsworth in the forthcoming releases of Avengers: Age Of Ultron, and the currently-developing Thor 3. Although, it is worthy of noticing when an actor like Hemsworth finally puts Mjölnir down and steps into other roles, which brings us to the latesr updates regarding the long-developing reboot of the Lethal Weapon franchise.

Sources now indicate that Hemsworth is up for a role in new film with the working title, Lionhunters. The Lethal Weapon reboot was announced back in 2008 at the behest of franchise producer Joel Silver with script treatment by Shane Black followed by a retouching with Gangster Squad screenwriter Will Beall in 2011. Originally, the plan was to reboot the franchise with the original team, led by actors Mel Gibson and Danny Glovers reprising their roles as seasoned L.A. detectives Martin Riggs and Roger Murtaugh, respectively, in what might have been the film’s finale.
Also updating previous news of Zombieland helmer Reuben Fleischer’s attachment is the word that Fast And Furious 3-6 helmer Justin Lin is now being tapped to direct the film, following the production of his upcoming kung fu reboot, Shaolin Temple 3D, and a new Bourne film by August of next year.
All four Lethal Weapon films were directed by franchise helmer Richard Donner and became nearly $1 billion dollar blockbuster four-film success story between 1987 and 1998. I’m not too sure what the new working title would entail as it seems very peculiar.
Hemsworth‘s name was most recently mentioned alongside The Hunger Games franchise co-star, actor, Liam Hemsworth (although yet to be confirmed if anything), to star as the brother characters for The Expendables 3 helmer Patrick Hughes’ upcoming action crime remake, The Raid for XYZ Films. The actor is also poised to star in director Michael Mann’s upcoming international thriller, Cyber, as well as a 2016 follow-up to Snow White And The Huntsman (2012).
Stay tuned for more details!
H/T: TrackingBoard via ComingSoon.net

The Bushido Spirit Reigns Supreme In The New Martial Arts Drama, SANG PEMBERANI (THE BRAVE) The New Trailer For DAWN OF THE PLANET OF THE APES Braces For War!