WOLFCOP Sequel. That Is All. 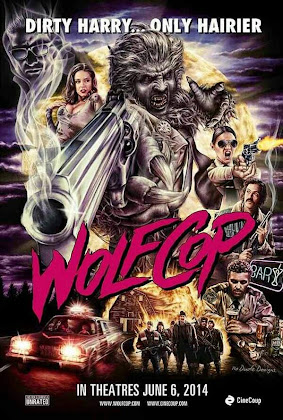 Prospects for writer and director Lowell Dean are only looking better going into the summer with news from the film festival circuit over at Cannes that independent film production and promotion platform, CineCoup, is greenlighting a sequel to the upcoming creature feature, Wolfcop. The news arrived on Monday on the last legs of the Indiegogo crowdfunding campaign for the first film, starring Leo Fafard in the title role, which now has less than a day left to raise its stretch goals as of this writing before making its Canadian screen debut on June.

Principal photography is set to begin for the sequel this Fall in time for the first film’s September release, according to CineCoup president of distribution and sales Brad Pelman. “We can’t divulge much about the storyline at this point,” he says “…only that it will be dirtier and harrier than the first one.”.
Wolfcop awakens in theaters everywhere this September, with Raven Banner is currently handling international sales at Cannes. If you missed the trailer, take a look below.
SYNOPSIS:

It’s not unusual for alcoholic cop Lou Garou to black out and wake up in unfamiliar surroundings, but lately things have taken a strange turn.

Crime scenes seem oddly familiar. Lou’s senses are heightened, and when the full moon is out, he’s a rage-fueled werewolf. WOLFCOP is one cop’s quest to become a better man…

One transformation at a time.

The New International Trailer For JUPITER ASCENDING Is Online Wanna Be In Star Wars VII? Abrams Wants You To Be A 'Force For Change'!