WUKONG: Eddie Peng Pulls Out Something Big And Nasty From His Ear In The New Teaser Trailer 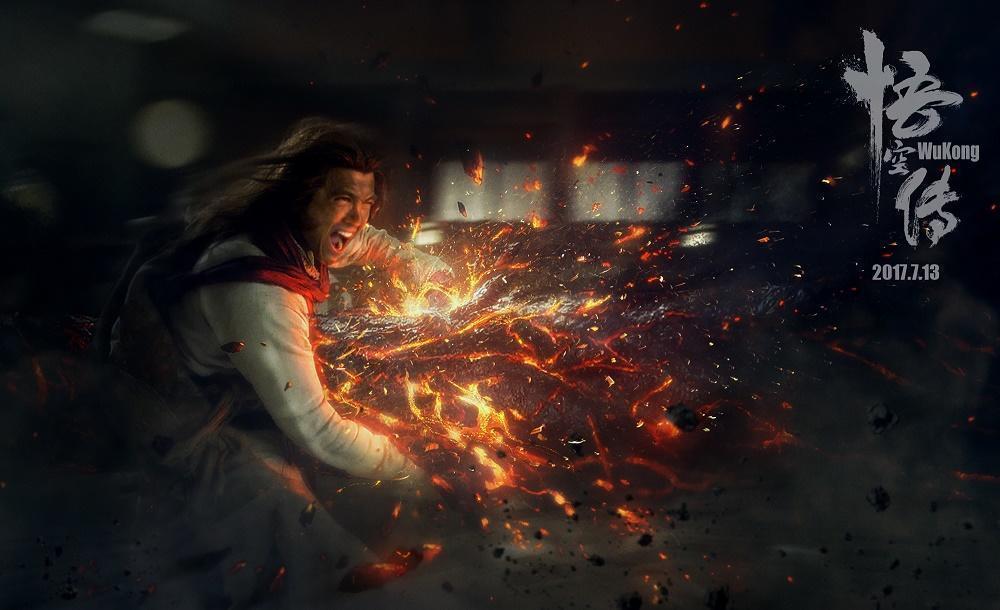 You don’t need to look too hard to see how much has amassed in film and TV over the legendary “Journey To The West” story and its foremost character, Sun Wukong. The last several years have shown ample box office success in adapting the character, something that director Derek Kwok is now keen on with Wukong, inspired by pen-named author Jin Zehai’s 2000 novel.

Wukong, born in Huaguo Mountain, has a heart of stone. Ji Hua, a powerful general from the heaven was going to terminate him. But Wukong was rescued by Bodhi and became his pupil. Jian Yang, was given an opportunity to become a strong god, but he needs to kill Zixia, the daughter of the Heaven Emperor’s rival, who he is in love with. Tianpeng, Ji Hua’s bodyguard, was given the secret order to investigate Wukong. All three of them entered the Heaven school together, and their lives are about to change.

Whether it passes muster remains to be seen upon its July 13 release, but the film is back to make its case accordingly with a new teaser trailer featuring Eddie Peng, in character, and laying waste with a big stick as any hero should. And you know what they say about folkloric monkeys of legend with big sticks… ehh, nevermind.
Shawn Yue and actresses Ni Ni and Zheng Shuang with Oho Ou, Qiao Shan, Faye Yu and Di Yang also star. Watch the new teaser trailer now!