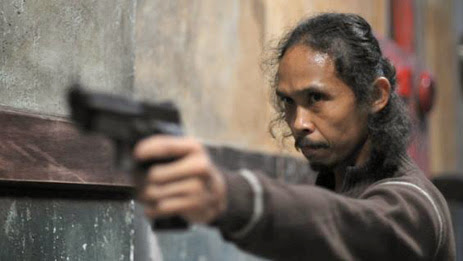 Attendees of the New York Asian Film Festival will likely find themselves in front of Ichi The Killer and 13 Assassins helmer Takashi Miike‘s latest manga-based action comedy, The Mole Song: Undercover Agent Reiji this summer. But for those who follow his work in hopes of him returning to darker, more violent movies, as of last month, fans are bound to get exactly that.


Following initial reports in April of the film’s principal photography kickoff on April 17 for his latest action horror production, Yakuza Apocalypse: The Great War Of The Underworld, reports are now saying that Indonesian action star Yayan Ruhian has joined the cast of the new film, now set for a 2015 release. Based on an original screenplay by Yoshitaka Yamaguchi, Ruhian will be joining lead actor Hayato Ichihara who plays Kageyama, a yakuza subordinate forced to take on a group of deadly international assassins and avenge his boss, who turns him into a vampire before perishing.

“Goodbye to tediously boring Japanese films,” Miike said. “No one wanted this to happen, but I am making a rampage back to the basics!”. 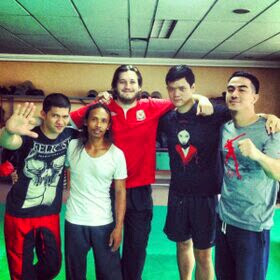 The film marks Miike’s latest return to the set with Ichihara since working on the 2008 film, God’s Puzzle. In addition, the film is also being shopped at Cannes this month by Japanese distributor, Nikkatsu, who already share respective studio and distributor credits with PT. Merantau Films and XYZ Films for the latest ‘Mo Brothers’ horror thriller, Killers; The latter two companies also share film territory with Ruhian‘s credited appearances and action choreography work in Gareth Evans’s 2009 hit, Merantau, followed by The Raid and The Raid 2.


Ruhian is also set to star in XYZ Films’s next project, One Good Thing, written by Twitchfilm founder and editor Todd Brown for Stamboel to direct with Chilean martial arts action hero, Marko Zaror starring, who just wrapped up filming for Ernesto Diaz Espinoza’s new hitman thriller, Redeemer. Ruhian recently aided in choreography with Evans who is serving as action director for Tjahjanto’s latest production, The Night Comes For Us, and is expected to do the same for upcoming American remake of The Raid.