What would you do if you were being replaced at your job? In Garo Setian’s science-fiction feature debut, “Auto” turns into a killing machine when he discovers that he will be replaced by a newer model.

Automation is directed, produced, and edited by Garo Setian. Rolfe Kanefsky and Matthew L. Schaffer co-wrote this sci-fi gem. It was described as Office Space meets Robocop and I have to agree.

Auto, a workplace robot, enjoys his job. It gives him purpose. But his creator has come up with a newer, more efficient model which Susan plans to use to replace 90% of her company’s workers. When Auto finds out he will be replaced, he gets angry. And violent. Don’t worry though: the violence is not gory; it is more comical at times, but still bloody.

I really enjoyed this film and can’t recommend it enough. The idea of robots replacing workers is not a far-fetched one in a world with self-driving cars and machines at fast food restaurants that take our orders. I like how the film explores all the ramifications from actually working side by side with humans, possibly replacing human workers, and what happens when the technology we rely on goes wrong.

The characters in this film are relatable if not always likeable and amusing. The dialogue and the characters’ behaviors are realistic. This film may be science-fiction, but it doesn’t stop it from feeling possible. The story is well-paced with a good mix of dialogue and action.

Automation will be in select theaters on November 29 and will be on Blu-Ray and video on demand beginning December 3. This one is definitely a film you’ll want to add to your collection if you’re a science fiction geek like me. 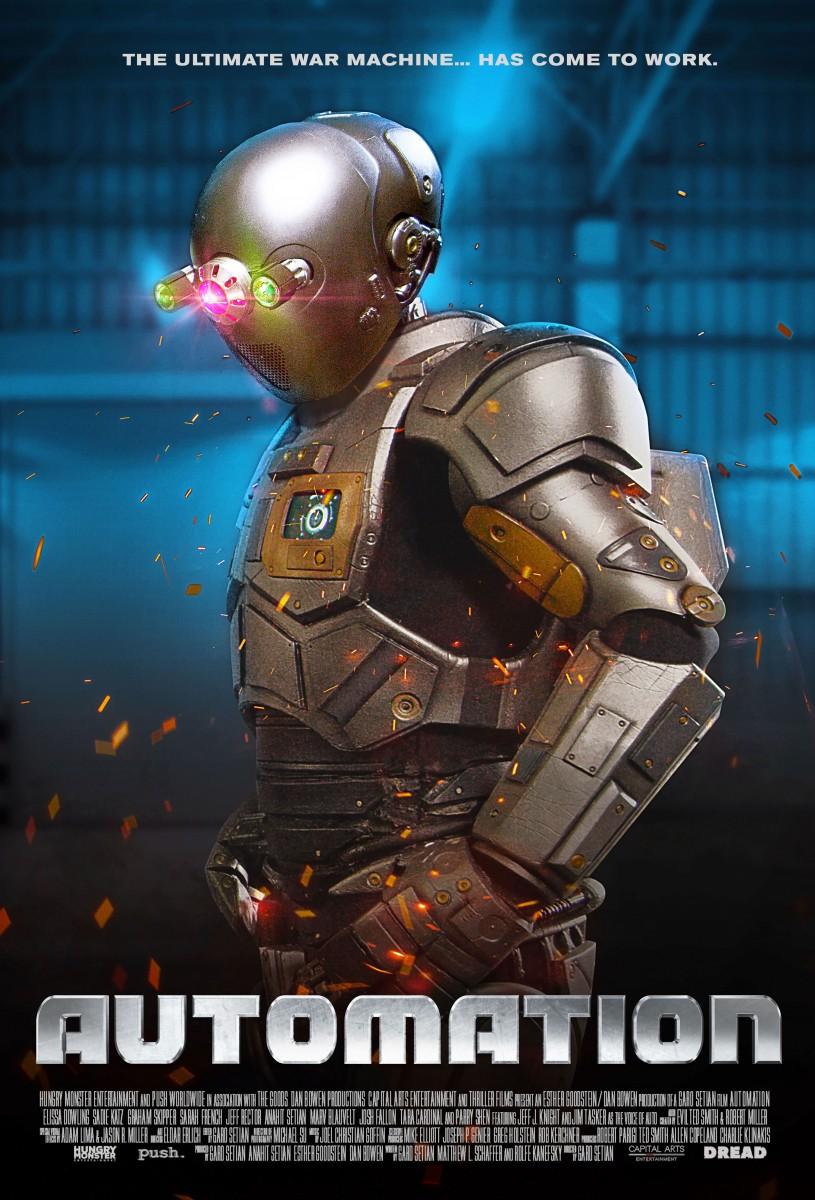