SEVEN SECRETARIES: THE MOVIE Teases A Workforce For Good In The Official Trailer Launch! 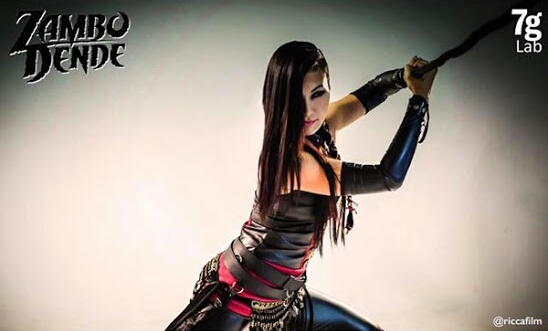 A little over a week ago, fans and netizens alike bared witness to the first of new character posters ahead of the forthcoming shortfilm release, Zambo Dende, a live-action take on an original 7G Comics publication from author Nicolas Rodriguez. The poster featrured Esteban Cueto in the role of hammer-wielding villain, Force, one of a quartet of known evil characters in the comic book which tells the story of Azuk, a child born into slavery in 16th century Latin America who ultimately grows up to learn where his true destiny lies.

Directed by Riccardo Gabrielli R, the shortfilm is gearing up for a release in 2015 and the people behind the curtain are slowly rolling out these character posters in lieu of building up anticipation toward the day we get an official look at Redeemer star, martial arts action hero Marko Zaror in full costume, and hopefully that day will come not too far down the line. Meanwhile, the team just unveiled the latest character poster now in the form of actress and martial artist Michelle Lee (Metal Hurlant Chronicles, Mortal Kombat Legacy II) in the role of Whip. Of course, the poster is badass, but if that’s not enough, then an Instagram tease of Lee in action should serve you well.