ZEROING-IN: An Interview With Actor And Filmmaker Eliver Ling

Having managed to resurface in time among friendly faces attending the 6th annual Urban Action Showcase and Expo back in early November, I had the honor and privilege of meeting and greeting up-and-coming actor and filmmaker Eliver Ling. It’s also worth stating that his latest directing gig also happens to be one by chance as the once R.L. Scott-helmed proof-of-concept pilot, Option Zero, was shot and then abruptly left in Ling’s hands.

I did perecive this as something peculiar, though it’s worth noting after the release of crime thriller Call Me King, Scott was already neck deep in ideas for launching a superhero production foray of his own. This included developing an adaptation of The Almighty Street Team, and as we speak, the current post-production and table talks to help propel the rollout of Lazarus starring Sean Riggs.

Inevitably, it seemed that the fate of Option Zero would now rest in Ling’s efforts, and not for nothing either. Despite losing out on the top prize, he managed to reaped four awards at the UASE, including Bests in Actor, Action Sequence, Action Film and Pilot. I proudly met him the following evening amid the hustle and bustle over at Times Square Diner and Grill, a precursor that would bookend one of my most memorable evenings out with friends while nearly losing my voice during Karaoke. Fun times.

Ling and I spoke briefly about interview prospects before we parted ways and as such, I’m coming through this week as the first interview to publish for 2019 wherein he talks briefly about his career, his hopes, Option Zero, and more. 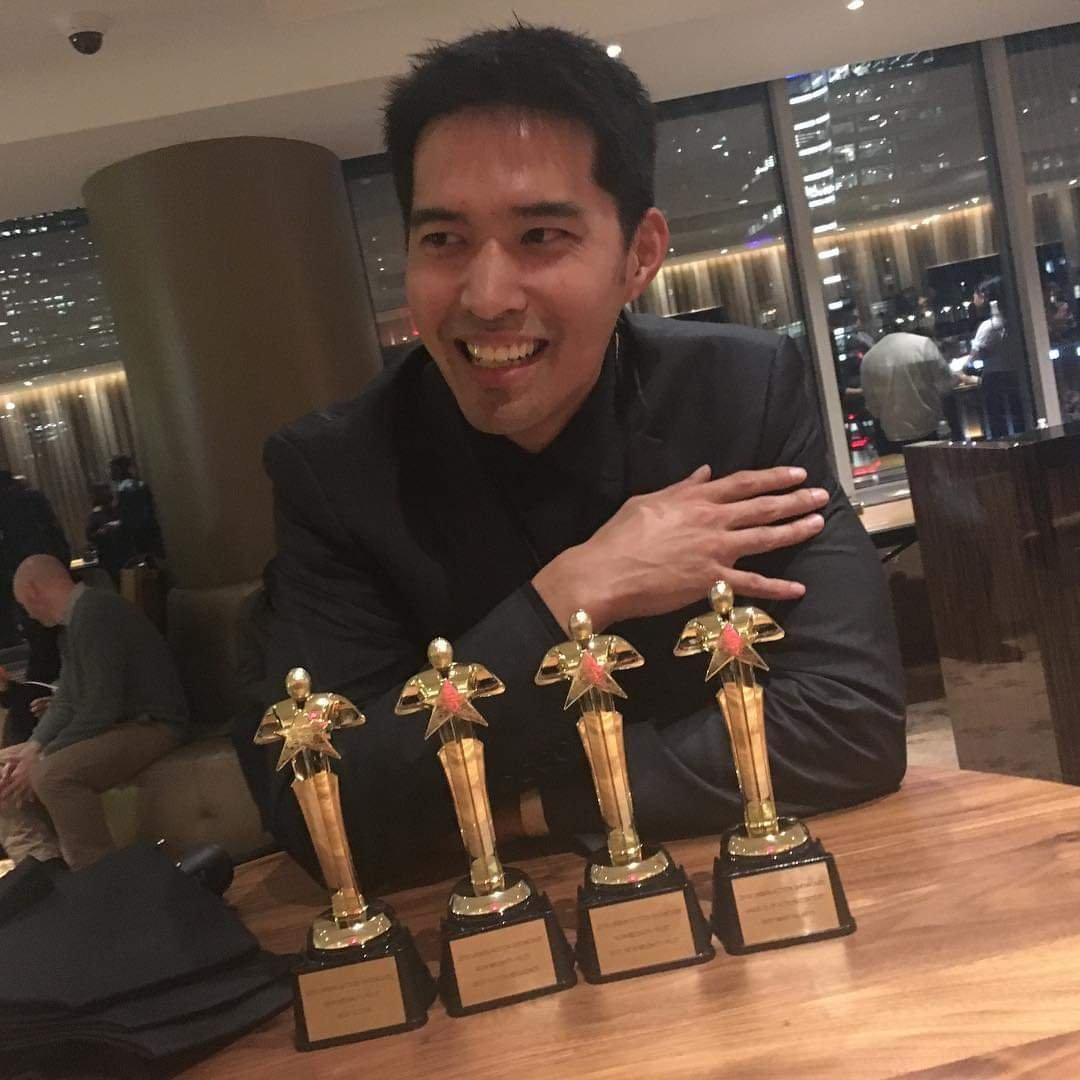 Greetings Eliver and thank you for taking the time to share your story with us after winning four awards for Option Zero while you were in New York City!

Thanks Lee! I had a great time out there. It was great to meet some of the tremendous talent on the East coast. I’ve never really had a chance to see a whole lot of what’s outside of L.A. in terms of performers, but I was thoroughly impressed by some of the work I saw.

Tell us about yourself and how you got into stunts and acting. Did stunts come first, or the latter?

I was born and raised in the San Gabriel Valley in Los Angeles, Ca. I graduated as pre-med from UC Irvine. But growing up, martial arts and film had always been something I’d been passionate about and I always knew I’d jump right into the entertainment industry first opportunity that came my way. So after I graduated, I just took a leap of faith and got into acting. 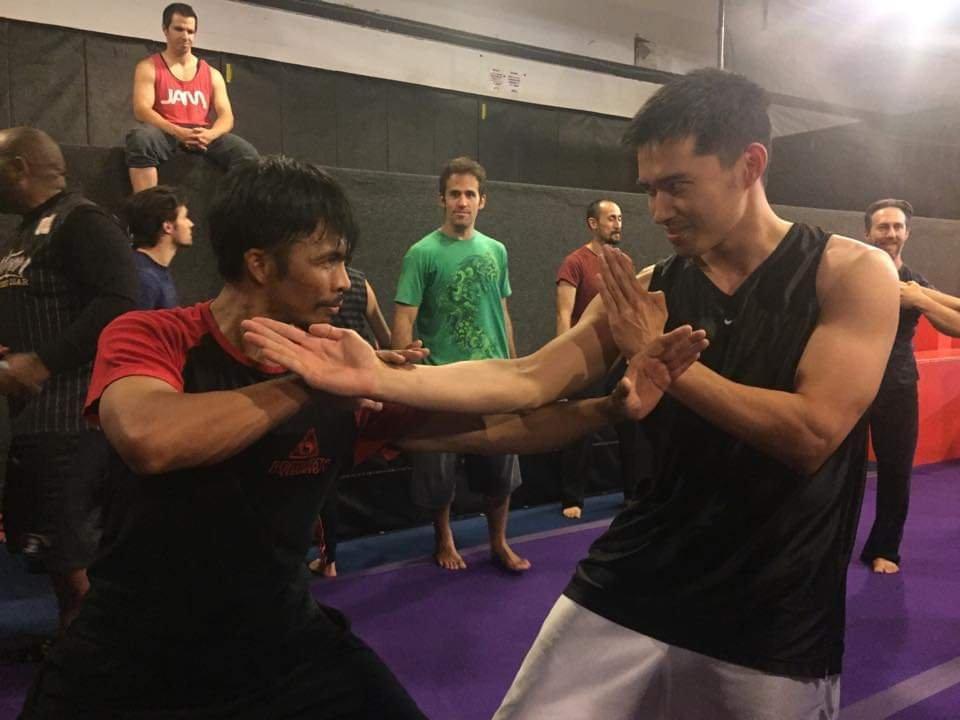 Stunts is something I dabbled with here and there and I was always open to it, but I never really pursued it consistently. I grew up on Jackie Chan flicks and always hoped I’d be able to do both acting and stunts regularly, and that was until I actually stepped into the industry and got a huge wakeup call when I saw how hard it is to do either alone, let alone both at the same time! As a result, I’ve been more focused on moving forward with acting.

What do you look for most when you’re approaching a role for a project?

It varies from project to project and role to role. But for the most part, I like to look at who the character is and what he wants in relation to the story. I look at the relationships he has with the other characters and use all that as pieces to put together a performance. Different stories and different characters will give you varying amounts when it comes to this. It’s a lot like putting together pieces of a puzzle to create a foundation to start with. Then everything else after comes from your choices you make as an actor. Sometimes the choices you make from there aren’t perfect. But over the years, I learned I perform at my best when I trust my instincts and just commit without looking back.

The character you play in Option Zero, Connor, sort of has an angle about himself with respect to his membership in this unit.

He’s kind of an outsider. While he does the same work as the rest of the team, we learn that he ultimately didn’t choose to be a part of the espionage program and is only there because he has to be. At the same time, his whole situation stems from circumstances that affect him deeply enough to where he even keeps them from the team members he’s closest with. The result of all this leads to some internal conflict between him and other members.

You also not only wrote this pilot, but you were heavily involved as well with the post-production, and I undersrand this took quite a while to put together from when it was in our mutual friend R.L. Scott’s hands.

Oh definitely! It was a crazy process and looking back on it from pre-production, to production, and finally post, it’s really unbelievable that I even finished it! I’ll just say during pre-production and production in hindsight, we got VERY lucky and a lot of things that shouldn’t have worked out on paper actually worked out perfectly. I attribute that to us having a great cast and crew who put in 110% the whole time from start to finish. But in post production, it just felt like we ran out of luck and it was just one complication after another.

In your view, what are some TV dramas that you might liken to a project like this? And in that same facet, what would you say a series like Option Zero would offer differently or new compared to others?

Probably the team espionage element of Agents of SHIELD but grittier like 24 or Bourne.

What are some of your biggest lessons and takeaways from this project going forward that you think might benefit other aspiring professionals who might reading this?

Don’t try to do it all even if you can. Ask yourself what it is you want most out of yourself from the project and focus on that. And ultimately, be able trust the members of your team you’re working with to do the job you brought them on to do. If you can’t trust them, try to find someone you do.

Would you be possibly up for another gig in the near future in which you might take the helm from start to finish? Are there any other potental items we should look out for with Eliver Ling’s name on them?

I’m always keeping a lookout for more projects. It was a good 2018 for me overall and I just signed with a new agent, so I’m really looking forward to getting out there in 2019! In the meantime, I’m also going to keep training, writing, and looking to put together other projects next year. So keep a lookout!