Far from anymore watching and waiting to see what auteur Zhang Yimou has accomplished since earlier feats on The Great Wall, the first official trailer for Shadow is here and fully immersed in its own dark hues and contemplative drama. You can’t see much in terms of action but the imminent violence and gore only fitting for a film of this kind is hinted at plentily with Zhang typically crafting beautiful shots and high-speed lensing to amp up the brooding and allure overall.

Director Zhang Yimou’s reimagining of a classic Three Kingdoms epic, the action/drama SHADOW tells the story of a great King and his people who have been displaced from their homeland and long to win it back. The King is wild and ambitious, but his motives and methods are mysterious. His great general is a visionary who fervently desires to win the ultimate battle, but needs to lay his plans in secret. The women of the palace struggle to find redemption in a world in which they have no place. And then there is a commoner, the “everyman” around whom the inexorable forces of history swirl, always ready to swallow him up.

Filmed in a unique “Chinese watercolor” style with a cast of China’s finest actors, SHADOW is both Zhang Yimou’s return to his roots as a filmmaker and a bold new beginning. 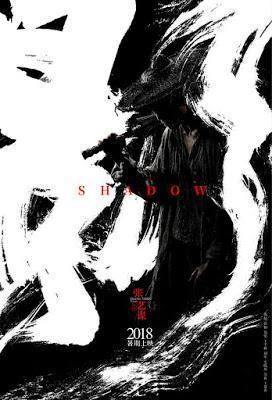 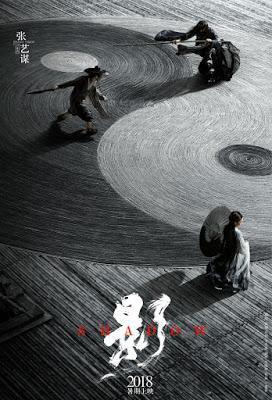 Sato Shinshuke’s I AM A HERO Lands A U.S. Blu-Ray Combo Pack In July From Funimation THE DIVISION: ‘Jailbreak’ Stars Jean-Paul Ly And Laurent Plancel Strike Back In The Official Trailer