He’s built up to 27 film and television directing credits to his name in all of thirty years as one of the foremost leading filmmakers in the action genre. Most recently, more prolific efforts there have been a string of genre titles and faves like the Undisputed sequels, Ninja movies and Close Range all headlined by actor Scott Adkins whose career took a greater turn eventually appearing in Scott Derrickson’s Marvel adventure, Doctor Strange.
Nowadays and in the wake of a brief producing stint with Todor Chapkanov’s direct-to-video tournament martial arts action hit, Boyka: Undisputed, Florentine’s time in the director’s chair now furthers him some more long-awaited growth into the mainstream. This time, he’s got actor Antonio Banderas (The Expendables 3) taking the mantle and bringing his seasoned gravitas for a role peppered and spiced with heavy, meaty fight action from choreographer Tim Man (Boyka: Undisputed, Ninja: Shadow Of A Tear) with the new movie, Acts Of Vengeance.
Saban recently acquired the rights to the film which has Banderas in the role of a slick-talking lawyer who undergoes a physical transformation and a takes a vow of silence until he finds those responsible for the death of his wife and child. Florentine himself also makes an appearance in this one with a principal cast that has actress Paz Vega and Thor: Ragnarok actor Karl Urban also starring.
Remarkably, a first trailer is now available online and I wouldn’t be suprised if it were pulled until a release date was officially made public. Otherwise, I’m sharing it here so you can check it out for yourself. Peep it! 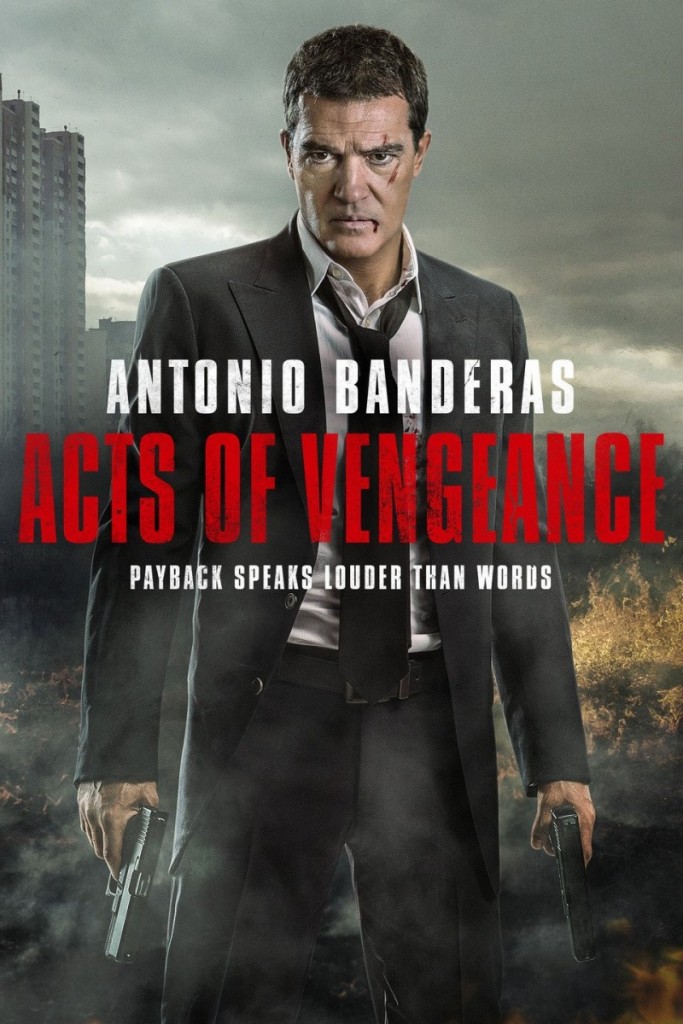