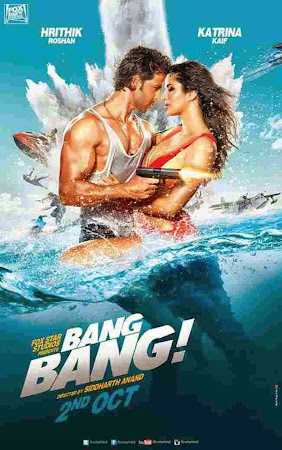 Director Siddharth Anand is looking to set the benchmark for Bollywood action, and the latest trailer for his newest film, Bang Bang!, is every indication. The film was a global production aimed at remaking helmer James Mangold’s 2010 action comedy, Knight And Day, featuring action star Hrithik Roshan and actress Katrina Kaif.

Filming delayed midway after location shoots in Thailand, Greece and Phuket when Roshan underwent surgery to remove a blood clot from his brain before wrapping up production in Abu Dhabi, and now the upcoming long-awaited Hindi action thriller will hit cinemas on October 2. As such, the trailer has since gone viral this week and courtesy of Hollywood stunt veteran Andy Armstrong, Bang Bang! marks the latest significant move as Hollywood and Bollywood merge closer and closer with every film, showcasing immense spectacle and promise.
Check it out, below!

Could The Late LAU KAR-LEUNG Get His Own Movie? Watch The New Trailer For THE NOVEMBER MAN!